Are Lay's Limited-Time "Do Us A Flavor" Potato Chips Sold Out in St. Louis? 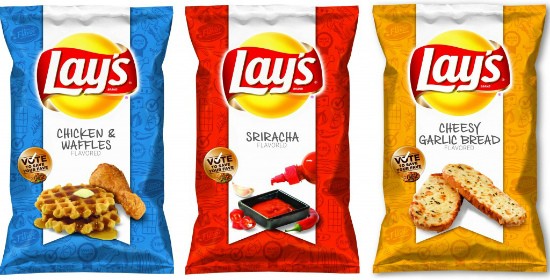 In February Gut Check fell in love. The object of our affection: Lay's new, limited-time chicken-and-waffles potato chips, one of three flavor finalists in its "Do Us A Flavor" contest. It was love-at-first-bite.

But as is the fate of most missed connections, we hesitated too long in reconnecting after that first blissful encounter. Lay's contest only runs through May, and we're afraid we'll never find them again...

Because rumor has it that all three potato chip flavors are sold out in St. Louis. 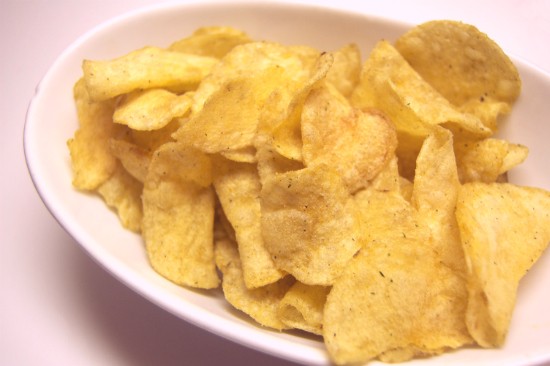 We reached out to Alexia Allina, public relations manager with Frito-Lay, to find out the hard facts. Turns out there really aren't any.

"We are thrilled with the success of the Lay's Do Us a Flavor Contest and the popularity of the finalist flavors," Allina says in an e-mail to Gut Check. " We apologize that some of our fans are having trouble finding their favorite flavor in their local store. We're working hard to meet demand so fans all across the country can enjoy the flavors."

It wasn't exactly the answer we were looking for, but it also wasn't totally disheartening. And we weren't giving up just yet. Our next call was to our friend Paul Simon, spokesperson for Schnucks, the local grocery store chain where we first gazed at the "Do Us A Flavor Chips."

He confirmed our worst fear while assuaging it at the same time: The chips have left all their buildings, but Schnucks is working on restocking before the contest ends in May.

"We're working with our partners at Frito-Lay to get more," he says. "Because they're so popular, they went very fast. We're hoping to have them back on shelves in mid-April."

Now that's more like it! According to Simon, Schnucks hasn't received a shipment of the chips since that first flush in February. 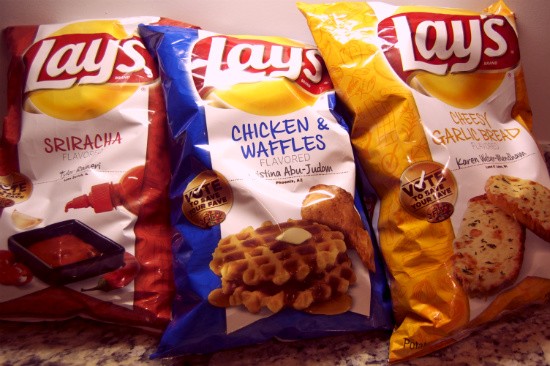 Over at Shop 'n Save it's a similar story. Mike Siemienas, national media manager for the chain's parent company SuperValu Inc., tells us some St. Louis area stores might have a few bags left, but like Schnucks, Shop 'n Save is having trouble getting stock from Frito-Lay.

"Today we have a limited supply of the three new flavors," Siemienas says. "It varies store by store, but we anticipate to be restocked in the next week or week in a half/next two weeks. They are selling exceptionally well in the St. Louis market."

Calls to Dierbergs went unreturned, but we're guessing things aren't much different in its stores. We'd like to blame Frito-Lay for not anticipating the demand and supplying enough chips, but really, we only have ourselves to blame. Why didn't we try harder to buy more when it mattered? What are we even doing with our life?

But sometimes you find love in unexpected places. All the wrong places. Hopeless places, even. And we found bags of Lay's "Do Us A Flavor" chips is one such hopeless, wrong place just a day after our quest began.

On a trip to Wal-Mart (1202 South Kirkwood Road, Kirkwood; 314-835-9406) in Kirkwood, while taking a stroll down the chip aisle, we spotted three snack pack bags of the chips. We ran to them and scooped them up in our arms. We bought them all.

The regular-sized bags were still nowhere to be found, and sure the snack packs won't sustain us for long. But in that moment, the day, and all the chips, were ours.

We'd apologize for greedily buying them all up, but love means never having to say you're sorry, St. Louis. Also, you could probably visit a different Wal-Mart and reenact our experience, because we'll do anything for love, but we won't visit a second Wal-Mart.

And also, Gut Check readers will benefit from our haul. Check back tomorrow for a contest wherein we give away one flavor finalist trial pack, containing two snack-sized bags of each flavor.

Hey, when you love something, let it go. And if it comes back to store shelves before May, it was meant to be. 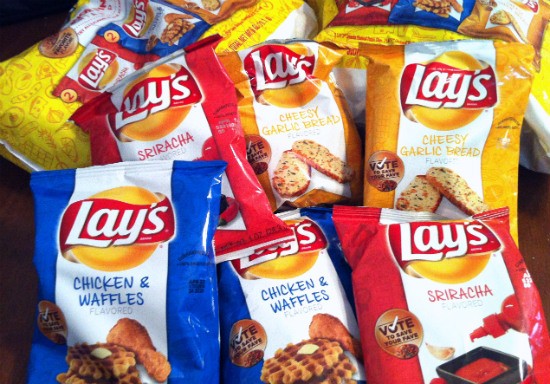