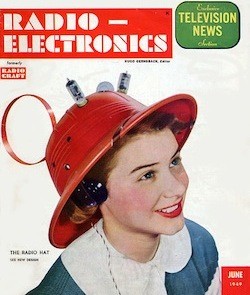 David Craig announced this weekend that he is putting his radio show Food Talk STL "on hiatus." Food Talk STL has aired on Saturday morning on KFNS (590 AM) since February 2012. The station recently announced a change from mainly sports-oriented programming ("The Fan") to a male-oriented format ("The Man").

The format change at KFNS was one of several reasons Craig gave for his decision.

Craig cites both personal and professional reasons for Food Talk STL's at least temporary end, including a death in the family that has required him to leave St. Louis on occasion as well as a desire to focus more on the clients (including several area restaurants) of his public-relations business.

In addition, Craig reveals that the show had seen a decline in advertising revenue. Craig, who sold his own advertising for Food Talk STL, notes that he had been focused on show content more than ad sales.

"Officially, Food Talk STL is on hiatus," Craig writes in the announcement. "Should time and circumstances permit, I may try to bring the show back elsewhere in the future."

In the meantime, the Food Talk STL archive remains online.