Smoked Veal Sweetbreads Barigoule and Rabbit-Prosciutto Terrine at Franco: What to Eat This Weekend and Where to Eat It

Gut Check tells you what's new and tasty at our favorite restaurants. 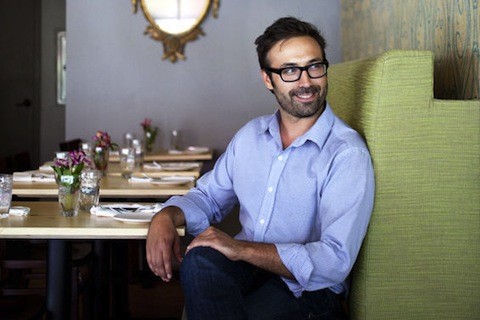 I called Tom Schmidt, owner of Franco (1535 South Eighth Street; 314-436-2500) and its younger sibling Nico (6525 Delmar Boulevard, University City; 314-727-0200), expecting that he would want to talk about the latter restaurant. After all, the better part of a year has passed since Grace Dinsmoor took over as executive chef at Nico, more than enough time for her to put her stamp on the menu.

Schmidt tells me that while Nico is doing great with Dinsmoor at the helm, "I'm having a love affair with Franco lately.

Schmidt traces his love affair with Franco to the decision to stop serving lunch. This, he says, has allowed Jon Dreja, who took over as executive chef last November, to dial up the creativity at dinner.

Among the new dishes exciting Schmidt the most are smoked veal sweetbreads barigoule (a fortified artichoke broth) with spring artichokes; a rabbit-prosciutto terrine with mustard hand-ground in the Franco kitchen; and flounder with spring peas, pea shoots, oyster mushrooms; and escargot with house-cured pork cheek.

St. Louis restaurants: Do you have a new dish to share with Gut Check readers? Drop us a line.