Five Star Burgers (8125 Maryland Avenue, Clayton; 314-720-4350) is a new venture from Steve Gontram, well known for his long tenure at the acclaimed Harvest. Five Star is actually a family business, though not in the typical way. Gontram's father, Bob opened the original location in New Mexico in 2008. There are now three locations in that state and another two in Colorado.

Given the restaurant's New Mexico origins, it makes sense that the one dish Gontram has copied wholesale from his father is the green chile cheeseburger. It just so happens to be the best thing here -- and one of the best burgers in St. Louis right now, period.

The kitchen grinds the meat for its patties fresh daily, forms it into simply seasoned, perfectly sized patties -- a solid weight, not overwhelming -- and cooks each to order. My preferred temperature is medium-rare, and the kitchen has nailed it every time, a vivid, juicy red. The patty's flavor has the bright notes you associate with grass-fed meat, but these work as an accent to the undeniable pleasures of rich grain-fed, well-marbled meat. Every burger is served on a toasted brioche bun substantial enough to hold the sandwich together, but airy enough not to get in the way.

"Dad's Green Chile Cheeseburger" features Hatch chiles from New Mexico in three ways: a layer of raw chiles beneath the burger; a layer of battered and deep-fried chiles atop the patty and its two slices of pepperjack cheese and, on the side, a green-chile mayonnaise. The chiles add heat, of course, and the fried chiles provide textural contrast while the mayo gives another layer of lusciousness to the meat and melted cheese.

Simply: It's a great burger. 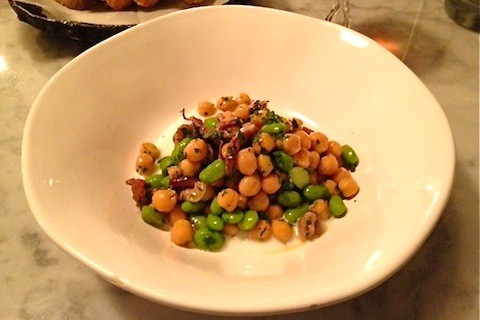 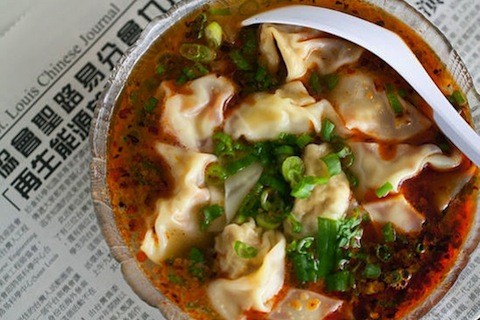