At the time we didn't know much more about Blueprint except its name and, presumably, that it would roast and/or serve coffee.

Yesterday we chatted with Mike Marquard, one of the partners behind Blueprint.

Yes, it does involve coffee.

Marquard is well known to local coffee geeks. He is the coffee director and general manager of breakfast-centric Half & Half (8135 Maryland Avenue, Clayton; 314-725-0719). Prior to that, he was a barista for Kaldi's Coffee Roasting Company, and twice placed sixth in the United States Barista Championships.

He tells Gut Check that the idea for Blueprint has been brewing (sorry!) for a while: "It's a number of us in the coffee community that have been kicking around ideas for over a year."

Specifically, Marquard spoke separately with two fellow coffee professionals looking to take the next step in their respective careers: Kevin Reddy, a Kaldi's retail manager, and Andrew Timko, who had been a Kaldi's roaster for several years.

"I saw the two ideas syncing up," Marquard says. "The more I talked with Andrew, there was potential to do something great. So I started meeting with Kevin and Andrew."

The basic idea behind Blueprint is straightforward: "To do coffee really well, pay attention to the raw ingredients, the basics." 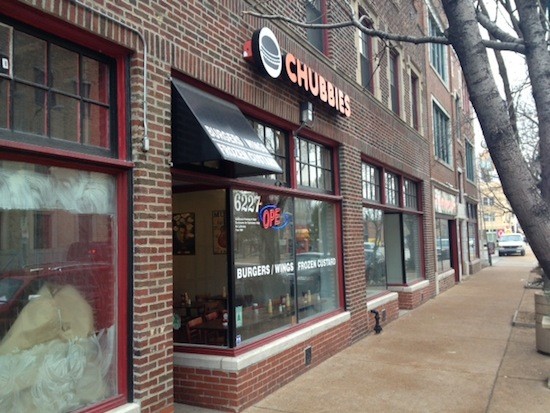 "We'll roast in the space on Delmar, and we'll have a coffee bar there as well," Marquard continues. "We'll have the capacity to do some wholesale roasting."

Marquard will oversee the wholesale operation. ("We'll start the wholesale slowly," he adds. "Do it right.") Timko will act as the green-coffee buyer and roaster. He will use a Gothot roaster, a cult German machine perhaps best known as the roaster of choice for Chicago's acclaimed Intelligentsia Coffee.

The Blueprint team also includes two baristas, Norah Brady from Kaldi's and Mazi Razani from Kayak's (276 North Skinker Boulevard; 314-862-4447). The final partner is Brian Levine, an entrepreneur and real-estate investor who also happens to be a coffee aficionado.

Marquard says construction on the space will begin next, with an eye toward a summer opening. Fans of Marquard's work at Half & Half need not worry. He says that owner Mike Randolph has been supportive of his plans and that he will continue on as coffee director "as long as they'll let me."