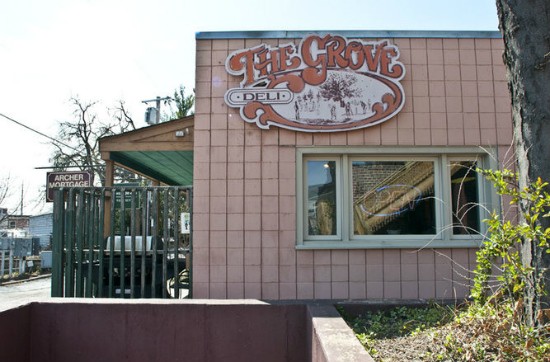 Yesterday we came across the following Craigslist post advertising the sale of a sandwich shop in Webster Groves for $115,000:

30 year old, well established sandwich shop in the historic Old Orchard district of Webster Groves is ready for turn-key purchase for the right owner. Loyal customer base. Next to Webster University. Many restaurants within walking distance. New patio added in 2012. New carpet. Clean, well-kept restaurant. Will provide overhead, labor & operating costs upon inquiry. Must be financed. This is your opportunity to own an award-winning sandwich shop in the heart of Webster Groves.

Curiousity piqued, we responded to the post asking for more information about the sandwich shop. Minutes later we received a response from Grove Deli (8144 Big Bend Boulevard, Webster Groves; 314-962-9078) owner and chef Jason Henry, who confirmed the for-sale property was Grove Deli.

Here's the original Craigslist ad that prompted our query:

We gave Henry a ring to find out more about the sale. He says he purchased the restaurant almost five years ago and is looking to sell it for $115,000, with 75 percent of that amount in an up-front payment.

Henry says when he purchased Grove Deli -- which has been the restaurant's name since it opened some 30 years ago -- in July 2008 the place was a mess. He shares proudly that in the almost five years he's operated Grove Deli, with hard work, dedication and a little love, he's transformed the shop into a profitable, popular, award-winning lunch spot. And on Saturday evenings, Grove Deli hosts a free open-mic comedy night at 9 p.m.

Just as Henry has poured energy into revitalizing and improving Grove Deli, so has its landlord. Last year the sandwich shop gained an outdoor patio that seats 24. Henry says the patio has been a huge hit and helped bolster business, too.

In addition to the Craigslist ad posted yesterday advertising the restaurant's sale, Henry says he posted the same listing some weeks ago and received some interest.

So if you're in the market for a stellar sandwich shop, give Henry a holler.