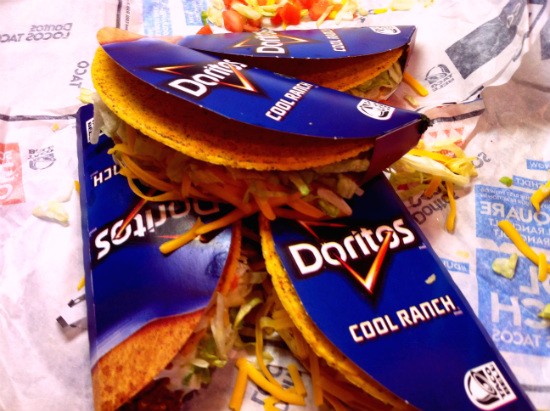 On January 29, Taco Bell chief executive officer Greg Creed officially spilled the beans about the fast-food chain's forthcoming Cool Ranch Doritos Locos Tacos. Originally the Cool Ranch-flavored tacos were to descend on the masses today, but earlier this week Taco Bell announced via its Facebook page that the tacos were arriving in restaurants a day early, on Wednesday, March 6.

Apparently Taco Bell forgot to share this bit of news with stores across the country, resulting in scads of disappointed customers unable to collect Cool Ranch Doritos Locos Tacos yesterday.

Despite the national snafu Gut Check had no problem procuring a sack of Taco Bell's latest Dorito-flavored innovation yesterday evening. 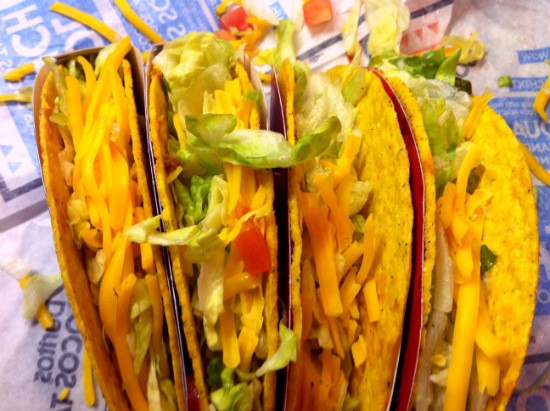 After clocking out for the day we bellied up to Taco Bell (1324 Hampton Avenue; 314-647-2139) and ordered two regular and two supreme Cool Ranch Doritos Locos Tacos.

All in all the Cool Ranch-flavored shells far exceed the Nacho Cheese in expectation, experience and execution.