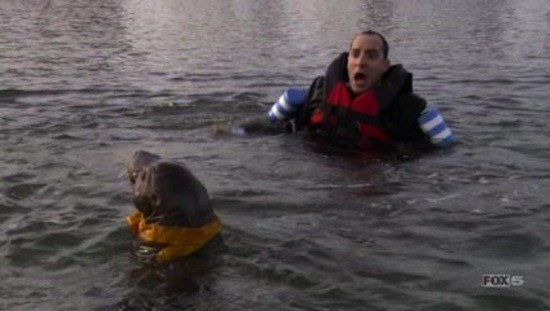 No, Buster. The problem with Bumble Bee canned tuna is not Lucille, Nos. 1 or 2.

Bumble Bee today announced a voluntary recall of certain five-ounce cans of its Chunk White Albacore and its Chunk Light Tuna because the cans' seals might be loose.

Update: (Thursday, March 7, 12:00 p.m.) Tri-Union Seafoods has issued a voluntary recall of certain five-ounce cans of its Chicken of the Sea-brand canned chunk white albacore tuna because the lid seams do not meet the company's quality standards. View the list of recalled products on the FDA website.

See Also: - Top 7 Arrested Development Foods That Should Be Real

Loose seals, besides posing a threat to mother-loving, reluctant-soldier man-children, can allow contamination.

(Though Bumble Bee reports no illnesses connected to the recall).

The recalled cans were distributed nationwide January 17 and February 28 of this year. View the (lengthy) list of specific UPC and lot codes of the recalled cans on the FDA website.