The Fatted Calf in Clayton Has Closed 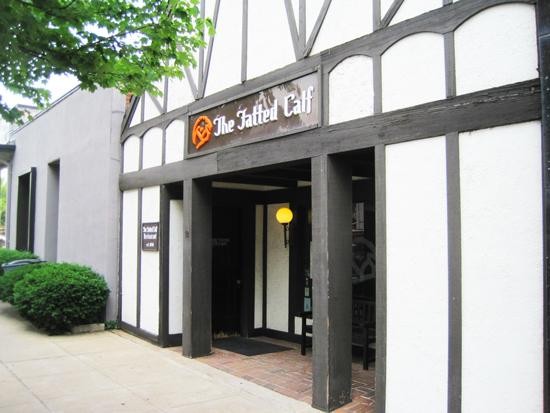 Yesterday, March 1, was the final day for the Fatted Calf (12 South Bemiston Avenue, Clayton; 314-726-1141). Kathleen Portman, who owns the Clayton burger institution with her husband, Jason, confirmed the closure to Gut Check this morning.

"We can't sustain it," Portman tells us. "We can't sink any more money into it."

The Portmans purchased the Fatted Calf in 2008. Local restaurant legends Vince and Tony Bommarito founded the restaurant, which once boasted multiple locations, in 1966.

Portman notes that she and her husband bought the Fatted Calf just as the economy was tanking five years ago. The restaurant announced its closure in June 2011, but a burst of business over the ensuing month allowed the Portmans to change their minds and remain open until now.

(Portman reveals, with some incredulity, that the burst of business that let the Fatted Calf survive two years ago dissipated after almost exactly 30 days.)

Portman also reveals frustration with the parking situation by the restaurant: "At night, [the city of Clayton] took our parking for valet for [nearby] Tani Sushi Bistro and Cafe Napoli."

"It was already a tough economy, and then they take the parking out front," she says. "No one consulted us.

"It's about the money. Meanwhile, they're screwing the little guy."

Portman tells Gut Check that she and her husbandh have not given up hope of staying in the restaurant business. They would welcome an investor to discuss a food-truck idea, for example.

Of the Fatted Calf itself, she says, "This has been a labor of love. I'm sad it happened on my watch."