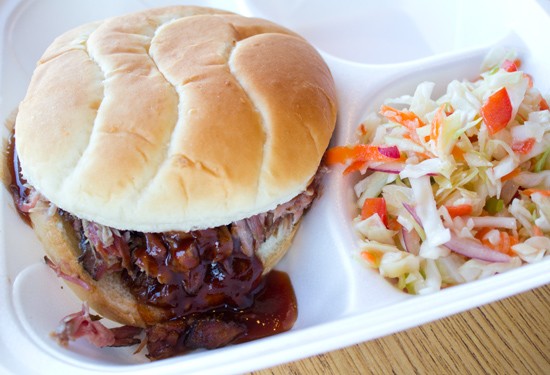 This ain't no dry rub. With many proud proprietors of sauce-heavy St. Louis-style barbecue popping up as of late, Gut Check's going to have to loosen its belt every now and then to, ahem, draw some quality comparisons. More and more, this city puts itself on the U.S. barbecue map, and Southhampton's latest addition, Wilson's BBQ (4904 Devonshire Avenue; 314-335-7041), intends to make a name for itself, too. 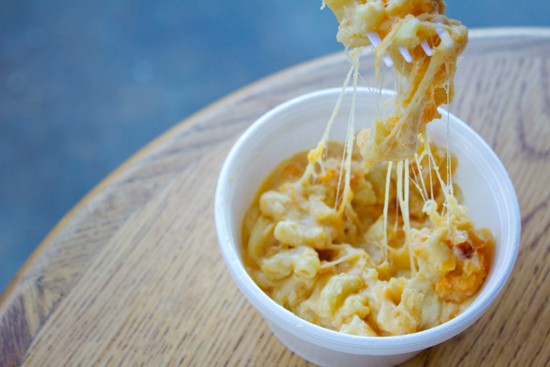 The unassuming storefront tucked away just off of the consistently busy Kingshighway Boulevard has but two tiny tables and a chair or two. For now at least, the joint is carry-out and cash only. Chef Debra Wilson stands smiling behind the counter in her professional chef's uniform, ready to pile in stick-to-your-gut goodness slathered in sweet and spicy sauce into Styrofoam to-go containers.

Wilson has sported similar outfits for the past 25 years for jobs including a current position as a chef at the Four Seasons Hotel, where she's cooked since it first opened in 2008. Her resume also includes stints at The Ritz-Carlton and Old Warson Country Club, among others.

After working in corporate quarters for so long, Wilson decided it was time to stand out from the crowd. The resulting concept she created yields a friendly neighborhood barbecue joint in south city, where she also resides.

"People in the neighborhood won't have to go far. Now, they can get great barbecue right outside of their front door," she says. 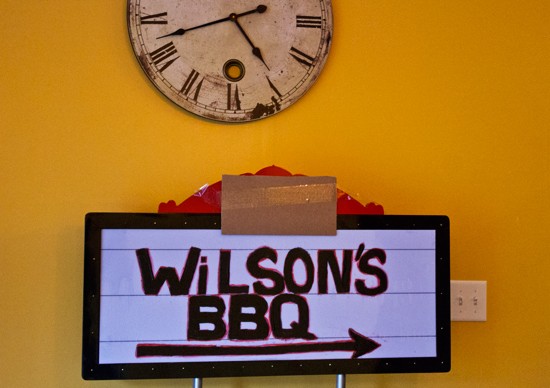 Her one-sheet menu might seem small at first, but after placing and taking an order to-go, it can be hard to imagine that there would ever need to be room for more. Popular meal options include pork ribs, rib tips and pork steaks with sides of red pepper slaw and potato salad. Don't be shy about asking about daily specials either, or you might end up missing out on the gooiest mac'n'cheese in existence. 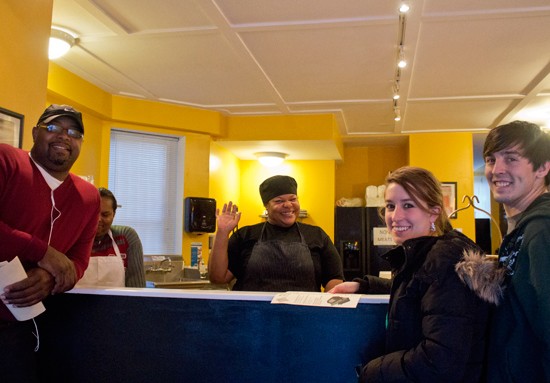 From noon to 3 p.m., take advantage of a $6.50 lunch special that includes any sandwich - choose from beef, rib tip or pulled pork, beef or chicken - with two sides. If'n you don't find yourself in a full-out food coma after all that, homemade banana pudding or "Chef Debra's Famous Cake," a slice of her vanilla cake (she also bakes cakes on the side), are available for $2.50. 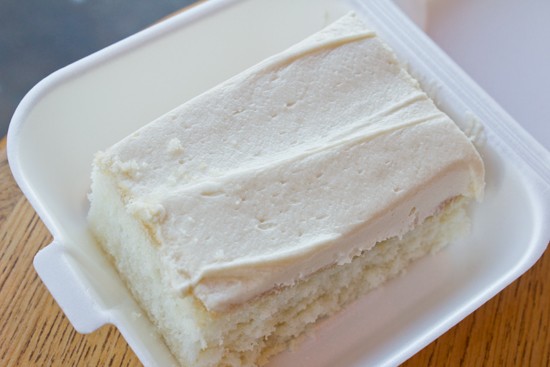 Perhaps Chef Wilson ought to consider some cots for the dining room instead of tables, which she's aiming to have by summertime. For now, take her from-scratch cooking home and reserve some time for an extended visit with the couch.

Wilson's BBQ's current hours are noon to 10 p.m. Tuesday through Saturday and noon to 8 p.m. on Sunday; however, like any good 'que joint, the doors only stay open till the goodies are gone.