14 St. Louis Celebrities Who Ought to Name a Candy After Themselves

In the lead-up to this past weekend's Grammy Awards, Gut Check received a press release announcing singer Chaka Khan's new line of chocolates and candles, which were released in the Grammy "gift lounge" this past Thursday. The singer sure had fun naming these new products. The chocolates are called Chakalates, the candles branded Khana Sutra.

And that got Gut Check to thinking: Why the hell didn't someone think of this sooner?

Also: There must be some St. Louis celebs who are long overdue for their own candy, complete with punny product names.

Here are fourteen candidates who might consider taking the hint.

Chuck's Berries OK, so this one's low-hanging fruit, but by the same token, Chuck and his people should be all over it. 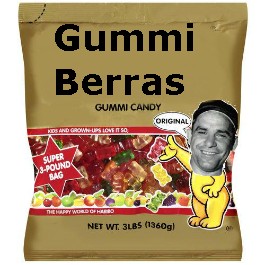 Gummi Berras Disclaimer: Gummi Berras packaging will haunt your dreams. But if you can look past the poorly PhotoShopped, Frankenstein-monstered visage of Yogi Berra, you'll love the fruity flavor of Gummi Berras!

Joe Edwards' Blueberry Pills Admit it: Fats Domino's original lyric is kinda goofy. "I found my thrill on blueberry pills" makes a whole lot more 21st-century sense. And it's not as if this would be the first candy produced to resemble a legal addictive substance.

Jon Hamm's Eye Candy Happy Valentine's Day, citizens of the world! A possible runner-up to Jon Hamm's Eye Candy could be Candied Hamm -- but our favorite hunk should save that name for a savory dish. Our creative vision sees a more sinfully sweet treat. 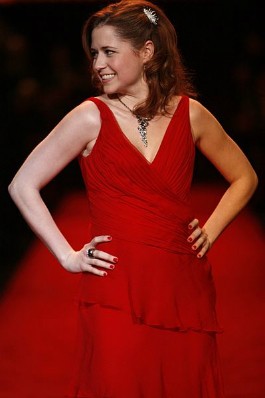 Todd Akin's Legitimate Peeps They were only briefly relevant this past year, and even then: barf.

Charles Lindbergh's Spirit of St. Chew-Us Saltwater Taffy Well, Charles Lindbergh and saltwater taffy are both products of America, nostalgia-inducing for old people and best when near an ocean. So. Sure.