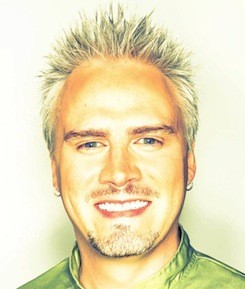 - We told you just last week that Eric Brenner, the chef and owner of the late, lamented Moxy Bistro, had returned to St. Louis from Manhattan to open a new restaurant. St. Louis Magazine scores the news that the restaurant will be called Alumni and will be located at the Park Pacific building at 1226 Olive Street downtown.

- Lampert's BBQ (11658 Dorsett Road, 314-291-0303) is now open in Maryland Heights. Larry Lampert and his daughter and business partner Angie opened Mister Lunch at this address only late last year but have now converted it into a sequel of sorts to the late Lampert's Plush Pig Barbecue of Clayton and then Rock Hill. Lampert's BBQ is open 11 a.m.-3 p.m. Tuesday through Thursday and 11 a.m.-8 p.m. Friday and Saturday. It has a rudimentary website, which does include the menu, albeit without prices. The barbecue selection includes pulled pork, beef brisket, rib tips, turkey breast and Polish sausage. You can also follow the restaurant on Twitter @LampertsBBQ.

- Prasino will open at 1520 South Fifth Street in St. Charles this April. The restaurant, which already has locations in Chicago and LaGrange, Illinois, calls itself an "eco-friendly family of restaurants." (Prasino is a transliteration of the Greek word for green.) As you might expect, given the name and the mission, the menu features many organic, local, hormone- and antibiotic-free ingredients. Gut Check will have more on this restaurant, including a First Look, in coming months.