A Brief History of Canned Food

Before we launch into our month-long celebration of soups and vegetables, sardines and SpaghettiOs, beer and Clamato and all other things canned, let us raise a Mason jar in a toast to Nicolas Appert, the father of canned food.

Way back in the day, more than 200 years ago, there were four main ways of keeping food from rotting: smoking it, salting it, drying it or sugaring the hell out of it. Some of these methods were tasty (think bacon or jam), but all of them altered the taste of the food considerably.

In 1795, when the French army was on the move, Napoleon, the man who believed "an army marches on its stomach," decided the existing methods of preserving food were unacceptable. Unacceptable! He was so determined that his army have decent food that he offered a 12,000-franc reward to anyone who could figure out a new, improved method of preservation.

That was enough motivation for Appert, a former farmer and brewer now working as a confectioner in Paris. He spent the next fourteen years experimenting with putting fruits and vegetables and soups and meat stews in empty Champagne bottles, sealing the bottles airtight with cork and wire and wax and boiling them in kettles of water for twelve hours or so. Eventually, he switched to wider-necked bottles, which were easier to work with. According to Wikipedia (make of that what you will), he became so adept that he was able to preserve an entire sheep.

Finally, in 1810, Appert sent samples of eighteen different foods to the French Navy. The minister declared that Appert's bottled veggies had "all the freshness and flavor of freshly picked vegetables." Appert received his 12,000 francs and published a book on his method with the super-catchy title L'Art De Conserver, Pendant Plusieurs Années, Toutes les Substances Animales et Végétales, which translates as The Art of Preserving Animal and Vegetable Substances for Many Years.

Unfortunately, when Appert claimed his prize, he forfeited the right to patent his invention. His book, however, told the world exactly what to do. (Though no one would know why until 1864, when Louis Pasteur discovered that heat kills bacteria, which cause food to spoil.) An Englishman named Peter Durand seized the opportunity to patent Appert's invention, which he later sold to another Englishman named Brian Donkin for £1000 (about $75,000 today, still a really, really good deal, though not as good as the one the French government got: Appert's 12,000 francs comes out to about $32,400 today). 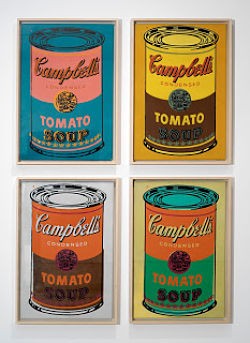 With two business partners, Donkin set up a factory and began cranking out preserved foods according to Appert's method, but with one crucial difference: Glass bottles, they decided, were too fragile to withstand the rigors of Army life. Instead they used tin-coated iron canisters: Our good friend, the tin can.

And at this point Appert disappears from our story. According to some sources, he set up a canning factory of his own, which lasted more than a century, until the dawn of World War I. According to others, including Consider the Fork, Bee Wilson's wonderful history of the kitchen and its implements, he was buried in a pauper's grave. You decide.

Here's another wonderful mystery about the tin can: It would be nearly half a century before anyone bothered to invent a can opener. Until the invention of the first can opener in 1855, soldiers used bayonets. Civilians were advised to substitute a chisel and hammer.

The earliest can openers could have conceivably been used as weapons, too. They combined sharp sickles for cutting the lid with a lever for lifting it off. Astonishingly, it would take another hundred years for the invention of the side-opening can opener that grips the side of the can while serrated wheels cut it open.

Think about that. We knew how to preserve food, hell we sent people to the moon -- with freeze-dried ice cream, and yet we could not think of a way to get to it without leaving food trapped inside, without sharp edges that qualified as weapons in themselves, without electricity.

Just think about that next time you open a can of soup.