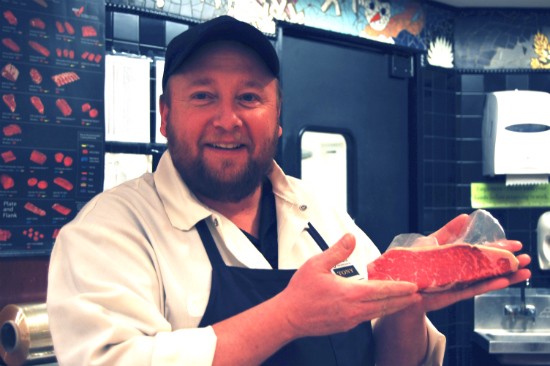 Get ready to stock your freezers like it's Y2K, everyone: This weekend Straub's (multiple locations) is hosting a massive meat sale.

The meat sale, which Straub's is promoting as "legendary," begins today, February 1, and runs through Saturday, February 2, at all Straub's locations. The local grocery chain is knocking off between $1.30 and $14 a pound for select cuts of meat.

"We realize that the economy is kind of iffy, and it's nice for the people who can't just throw away money on prime beef to be able to come in and stock up on it," says Samantha Schmid, marketing coordinator at Straub's.

Gut Check moseyed over to the Straub's (211 West Lockwood Avenue, Webster Groves; 314-962-0169) in Webster Groves to peek the discounts -- and compare 'em to other local grocery-store prices.

Always wanted to try a "Kobe" (actually American-raised Wagyu) beef burger, but couldn't afford it? During the meat sale, a five-pound box of Kobe burger patties is now $39.99, almost $10 off the original price. Still pricey, yes, but much less of a hit for this pampered cow meat. And forget about finding this meat at Walmart; it's only carried by specialty meat stores. 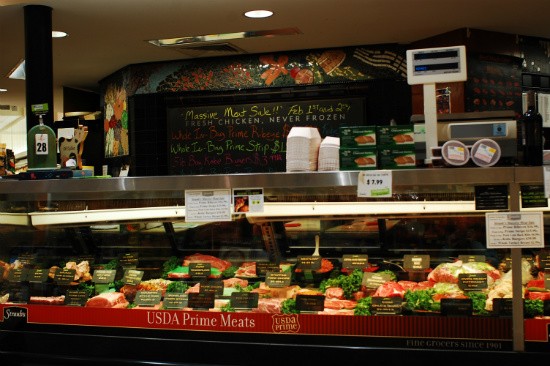 Though smaller savings -- but still slashed in price -- are pork-loin back ribs and whole turkey breasts.

This "massive" meat sale (anyone else giggling? No? Just us? OK) usually happens twice a year, and this time around it's just in time for Super Bowl Sunday.