Tasting Menus in St. Louis Might Stretch Your Budget, But They Won't Beach a Whale 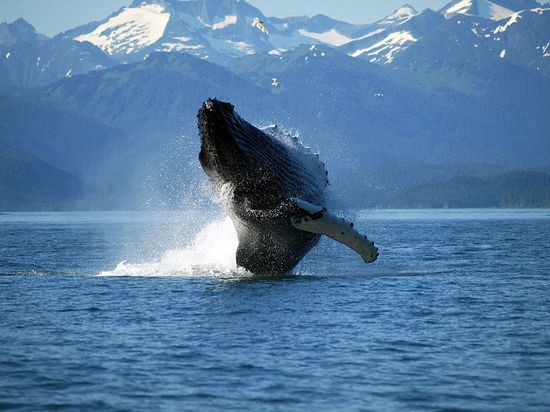 Our friends at Eater are celebrating "Whale Week," a tribute to high-spending diners -- or whales, as they're known in industry-speak. As part of the festivities, Eater ranked the fourteen most expensive tasting menus in America. The cheapest ("cheapest") tasting menu on the list is at Daniel in New York City, where an eight-course dinner for two with tax and a 20 percent tip (but without drinks) costs $567. Grant Achatz's acclaimed avant-garde restaurant Alinea ranks as the sixth most expensive at $702 for two. The list peaks with Joël Robuchon's Las Vegas outpost ($1,115 for two) and New York City sushi palace Masa ($1,160).

You probably don't need Gut Check to tell you that tasting menus in St. Louis don't come anywhere close to Daniel's cost, let alone Joël Robuchon's or Masa's. Still, you can spend a decent chunk of change on five, seven or even a dozen courses in town. To help you in that pursuit, Gut Check has ranked your choices from least to most expensive.

We've based our listing on the price of the chef's tasting menu for two, with 5 percent tax and 20 percent tip. Yes, the tax is an estimate, and your standard tip might be higher or lower. We chose these numbers simply to convey something approximating the actual cost. Also, the number of courses listed for each restaurant doesn't account for amuse bouches, intermezzo dishes, petit fours and the like. Finally, if you know of a chef's tasting menu that we missed, please let us know, and we'll add it to our list, which, again, we've ordered from least to most expensive.

Not only is the tasting menu at Kevin Willmann's acclaimed restaurant a steal at $54 per person, it includes new dishes not yet available on the regular menu, like the "Farmhaus McMuffin": lobster, house-cured rattlesnake bacon, a farm egg, Béarnaise sauce and bourbon-barrel-aged vanilla sorghum on a housemade English muffin.

Five Bistro actually offers two ways to sample multiple courses from Anthony Devoti, Riverfront Times' reigning "Best Local Chef." The five-course menu is an excellent deal, but if you can't spend quite that much -- or you're not that hungry -- you can do a four-course prix-fixe meal for $45 per person.

The tasting menu at Sidney Street Café isn't exactly a secret, but first-time diners, or those who have a go-to dish at this Benton Park institution, might easily overlook it at the very bottom of the menu: "Chef's Tasting Menu Available Upon Request." You're in the hands of the great Kevin Nashan and his very talented staff. Go ahead and request it.

"We love to cook," declares the menu at Jim Fiala's Italian restaurant, a three-time RFT winner for "Best Italian Restaurant (Not Cheap)," and chef Karl Gnau and staff will prove their love over seven to nine courses. We should point out that this menu "starts from" $65 per person, depending on the ingredients used. A four-course prix-fixe meal is also available starting at $30 per person. 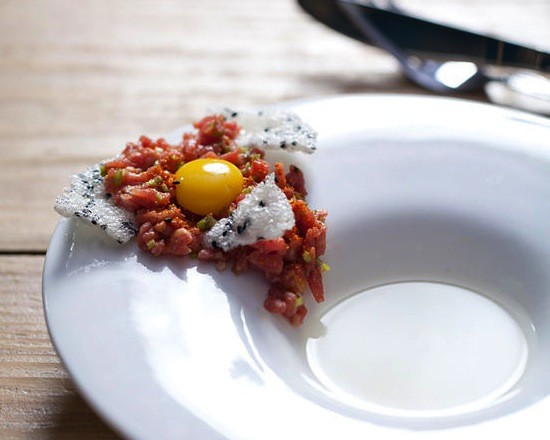 Since relocating from Benton Park to Clayton, Gerard Craft's acclaimed flagship restaurant has adopted a prix-fixe-only format, either four courses for $55 per person or ten courses for $85 per person. Relative to comparable restaurants, the ten-course meal is a steal -- and it allows you to be wowed by the creativity and skill of Craft and his top lieutenants Adam Altnether and Nate Herford. A vegetarian tasting menu is also available.

As at Acero, the "Grand Tasting Menu" at Jim Fiala's the Crossing begins at $85 per person, but could increase depending on the ingredients used. For your money, chef Matt Abeshouse presents a progression of seven seasonal dishes that often bear a French or Italian accent. Also, as at Acero, the a four-course tasting menu is available for $32 per person or, for the "premium" version, for $45 per person.

Technically, this isn't a per-person meal. The menu lists it as the "Chef's Tasting Menu for Two," and it's like a greatest hits of old-school indulgences: an antipasto of smoked salmon, asparagus and mascarpone with Belgian endive; pasta with lobster and shrimp; beef tenderloin with foie gras; fruit and cheese; dessert. The high price also includes Tony's impeccable service. Impressively, wine pairings are available for only $30 more, total.

The new kid on the block, three-month-old Elaia is already swinging for the fences. Chef Ben Poremba offers a dozen or so small and often painstakingly elegant courses for the steep -- but, if you can justify it (or, if not justify, tolerate eating Hamburger Helper for a week or two to compensate) utterly worthwhile -- price of $100 per person. Expect to be as impressed by rustic dishes like a bowl of green beans or charred octopus as by the fancy parfait of fois gras.