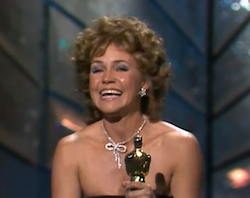 Are you blushing? Gut Check is blushing. The national media has so many nice things to say about St. Louis!

Let's begin at the New York Post, which on Monday filed a survey of our contemporary dining scene titled "Beyond the BBQ in St. Louis". Which headline and accompanying article ("Long the bastion of barbecue and mass-market beer," it begins) not only reinforces the misconception that historically St. Louis was a barbecue town on par with Memphis or Kansas City, but also almost entirely ignores the barbecue renaissance that has been such a key part of the contemporary dining scene in St. Louis. But never mind.

Meanwhile, your parents' favorite travel guide, Fodor's, yesterday posted "Where to Eat and Drink in St. Louis" on its blog. According to author Alexis Gorman, St. Louis has an "enticing food and drink scene (yes, we said enticing)."

Finally, our friends at Eater put together another one of their "Heat Maps" late last week: "The 21 Hottest Coffee Shops Across the US: Where to Drink Coffee Right Now" Included in the list is Half & Half (8135 Maryland Avenue, Clayton; 314-725-0719), which Eater describes as "one of the most exciting shops around, and that's not counting the killer doughnuts."