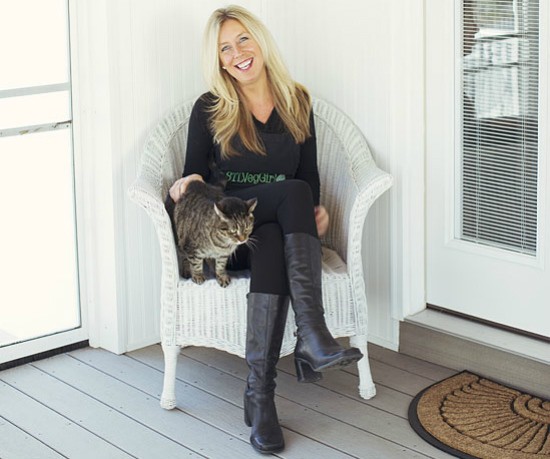 Caryn Dugan adopted a vegan diet in 2008 for health reasons: Ten weeks after losing her father to cancer, Dugan herself had been diagnosed with cancer. In researching diet and lifestyle choices that ease the pain of treatment and aid prevention, she decided to give plant-based eating a go.

"I'm a meat-and-potatoes girl. I grew up in the Midwest," Dugan explains. "To not have pork, steak or cheese is a little crazy. I thought I'd do it for a day. That turned into weeks, months, and here we are years later."

On her path to a plant-based lifestyle, Dugan admits she occasionally stumbled and found the search for vegan food, education and outreach in St. Louis sometimes lacking. Trips to Los Angeles and New York City opened her eyes to the options for (and acceptance of) plant-based diets elsewhere and prompted Dugan to bring that same attitude and access to St. Louis. In 2009, while assisting a plant-based cooking instructor in town, Dugan decided to create the Twitter account @STLVegGirl. Twitter, she says, offered a platform for her to connect, share and engage with plant-based eaters around the globe in an exponential way and, in doing so, gain knowledge that made her a greater resource for interested St. Louisians.

In spring of 2012 Dugan took STLVegGirl to the next level, launching it as a full-service company that offers cooking classes, nutrition and education courses, personal counseling, restaurant consulting and chef services. Currently she partners with Dierbergs and Whole Foods Markets to teach classes, and she also works with the Cancer Support Community of Greater St. Louis, which Dugan describes as a deeply personal and meaningful place to share plant-based eating, nutrition and information.

"[Twitter] helped me solidify my company," she says. "Every time I have a class or some kind of fun meeting coming up, I put it on Twitter. It has helped me grow. And I hope I've helped other people through social media as well."