Schnucks Offers 15 Percent Off 6 Bottles of Wine on Wednesdays

Last week Gut Check shared a list of a half-dozen wine values you could find at your neighborhood Schnucks. Why six? Because Schnucks will knock 10 percent off the price if you buy six bottles -- any six bottles -- of wine.

Well, the grocery chain is upping the discount ante, for a limited time, once a week, on Wednesdays, a.k.a. "Winesdays." That's right: Fill one of Schnucks' handy cardboard wine carriers with six bottles of wine on a Wednesday and they'll apply a 15 percent discount at the register.

In honor of this news, we bring you a bonus bottle we found at Schnucks on our last visit: the 2010 Dreaming Tree Crush North Coast Red.

We bought it because it met our $15 price restriction (we bought it for $12 "on sale"), we knew nothing about it and it said on the label that it was the product of a collaboration between Dreaming Tree winemaker Steve Reeder and guitar-noodling icon Dave Matthews. 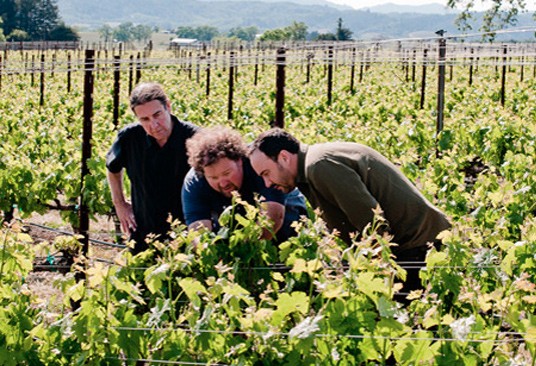 Truth be told, Dave Matthews isn't the first name that comes to mind when Gut Check thinks of...wine. (Music either, but chacun à son gout, as they say in the Haut-Médoc.)

But we have heard of Steve Reeder. He has been making wine in California for a quarter-century, notably at Kendall Jackson, Chateau St. Jean and, since 2003, Simi, which is owned by the Dreaming Tree's parent company, Constellation Wines.

The wine, now in its second vintage, according to Dreaming Tree spokeswoman Kate Canty, is mostly merlot, with a bit of syrah, zinfandel to perk things up and a splash each of petite sirah, malbec and cinsault to round things out. Sounds like a bathtub-ful, but it really isn't: Merlot is the mellowest of grapes, and it constitutes nearly 80 percent of the blend. The other stuff just makes things interesting. Canty says a 2011 vintage is planned.

Matthews, it turns out, owns a winery in Virginia. His imprint on this wine, though, is probably most evident in its eco-friendly packaging -- and the name.

Schnucks spokesman Paul Simon says the limited-time-only "Winesdays" promotion began before the holidays and will continue for at least the next several weeks. As you can see from the photo of the signage that leads this post, Schnucks and Gut Check continue to disagree about the true meaning of the discount the grocer offers. They want you to believe you're saving anywhere from 37 percent to 55 percent off the "regular" price when you buy on a Wednesday. But those "regular" prices are what Gut Check's mother used to refer to as "a snare and a delusion." We touched on that topic in last week's post, and we'll revisit it again sometime soon.