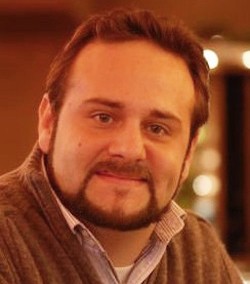 We had a chance to speak with Nick Luedde this morning about his new venture, which George Mahe of St. Louis Magazine scooped will be located at 7927 Forsyth Boulevard in Clayton, the space previously occupied by Chez Leon. (Luedde confirms that report, though he notes that the lease still has to be finalized.)

"It seemed to make sense," Luedde says of his family's decision to move to St. Louis from a culinary career that included time in Chicago and New York City. "Every time we came back, the city had constantly changed. This dining culture has really changed. We wanted to come back and be part of it."

Luedde describes the basic Libertine concept as "an elevated dining experience at a very affordable price."

Luedde plans to bring that same balance of quality and value to the restaurant's beverage program. Or, as he puts it, he doesn't intend to "attack this market with $15 glass pours like Chicago.

"I really like small-production, boutique [wine]," he adds. "I like to introduce people to new varietals -- to break out of the box, do something really cool."