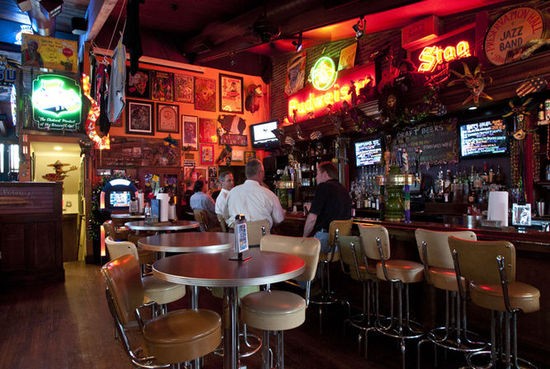 Guy Fieri has not had a good month. As you might have heard, Pete Wells of the New York Times visited the spiky-haired one's new Times Square restaurant and dropped one of the most astonishing negative reviews you'll ever read.

The episode, entitled "Authentic Eats", airs at 9 p.m. local time and again at midnight. It will also replay at 2 p.m. on Friday, December 14.

Hwy 61 Roadhouse will have its last seating at 5 p.m. today and then close for a private party.

This concludes (we believe) the run of St. Louis appearances on Diners, Drive-Ins and Dives that Fieri and crew filmed during their June visit to our fine city.