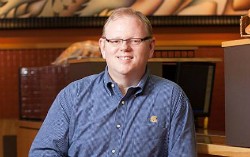 Curious why Panera opted to test its hidden menu in NYC and not STL, we reached out to Panera Bread chief concept officer -- and creator of the hidden menu -- Scott Davis to learn more.

We immediately asked the big question: Why New York City and not St. Louis?

St. Louis is so big for us - there are so many locations there. We've only got four stores in Manhattan, which gave us a chance to keep it in a very tightly controlled area operationally. We do a lot of testing in St. Louis; most of the big items that we create are tested in St. Louis. Sometimes you have to use different markets for different testing. There's no bias against St. Louis.

Davis also opined on the menu's being "secret":

The 'Hidden Menu' is not secret - I think people misinterpret that we're trying to keep it from people. Maybe hidden isn't even the right word. What we didn't want to do was create more menu signage and more visual clutter in the store. That makes it a little tricky for us. We've got a pretty expansive menu, and we're always trying to find space to put the next thing on our menu and figure out how to manage that.

It's also an experiment - we're trying to find other ways for us to communicate our menu offerings, especially in a visual world where you have the ability to communicate with customers outside the four walls and in a more direct way. It's not so much that we're trying to hide it from anybody; it's just that it's easier for us to create what we call niche-menus - things that might not be for the broad audience - in a way that doesn't take away from the overall scene.