Liluma in Central West End to Close, Reopen as a Steak House 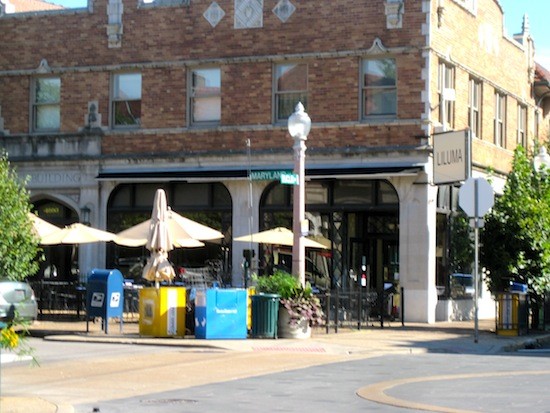 The inimitable Jerry Berger first reported the news on his blog, and Fiala confirms the change to Gut Check.

"Liluma needed a facelift," Fiala says. "This gives me a great opportunity to take a restaurant that's been around for ten years and say, 'Thank you, St. Louis, but we got something better down the road.'"

The Gamlin brothers will be the majority owners of the new steak house, while Fiala will focus on the menu, the wine list and, as he puts it, "All the things I like to do."

Of the concept, Fiala explains, "Basically, it's going to have all types of steaks, different grades and grass-fed and local. But we're going to try to keep it at affordable level, not that at that level where it's a special occasion place."

Fiala hopes to keep steaks in the $17-$30 range. He also wants to avoid the tried-and-true steak-house format: "We're going to have a lot of emphasis on the sides, where they're not your corproate-steakhouse sides."

The new steak house will strive for, in Fiala's words, "a really convivial atmosphere" that bridges the clienteles that both he and the Gamlins have built up at Liluma and Sub Zero, respectively.

"I think it's going to be an amazing addition to the Central West End," Fiala says. "It's a great idea, and what I think the neighborhood wants."

Look for Liluma to close around Christmas. The new venture is tentatively state for a March opening.