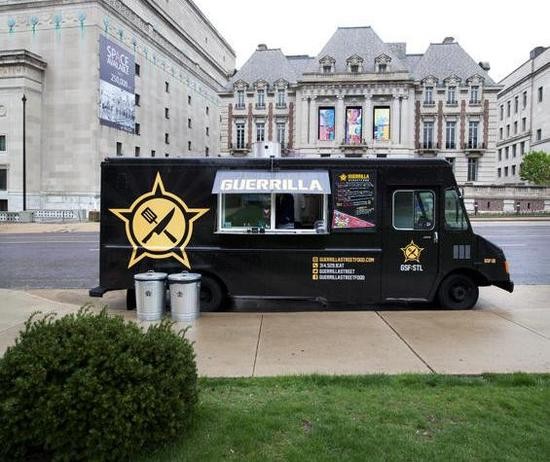 National food and restaurant website the Daily Meal has put together its list of the 101 "best" food trucks in the country, and St. Louis scored three entries.

Ranking the highest, at #31, was Guerrilla Street Food (@guerrillastreet; 314-529-1328), which Riverfront Times also honored as "Best Food Truck" this year.

"It was pretty surprising and exciting," says co-owner Joel Crespo.

Though the Daily Meal had contacted Guerrilla Street Food for information a few weeks ago, Crespo says, "We didn't know...any details at all" about the list until this morning.

Co-owner Kandace Davis' reaction to the news is a simple one: "Awesome!"

"It's great when someone on the coasts acknowledges the Midwest," she adds. "We're happy to be there with Seoul [Taco] and Guerrilla."

The #1 truck on the list, perhaps unsurprisingly, is Los Angeles ur-truck Kogi.

Here is the Daily Meal's methodology:

To come up with a comprehensive pool of candidates we canvassed more than 30 cities, seeking out some 300 street vendors. To those we added staff favorites, and any trucks not already included that have been singled out for praise by organizations, and national and local publications, both in print and online.

The Daily Meal did consider only trucks. So, for example, the entire food-cart scene in Portland didn't qualify for the list.