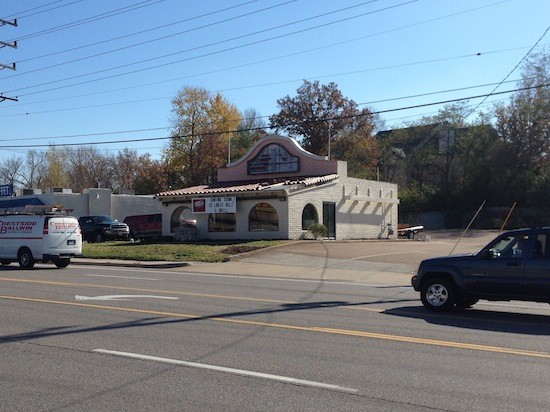 In last week's review of Kim Cheese, I mentioned my obsession with former fast-food spaces that have been converted into local, independent restaurants. Then, only days later, I noted that one of my favorite such places, a taqueria inside an old Taco Bell, had closed.

Apparently, the God of Shuttered Fast-Food Joints giveth as well as taketh away. Or, um, something like that.

A trusted Gut Check operative informs me that the closed Taco Bell located on the 8500 block of Watson Road -- just east of South Elm Street, between the unincorporated area between Marlborough and Crestwood -- has signage up for a St. Louis Deli & Grill.

Work appears to be ongoing at the restaurant. For now, at least, the familiar Taco Bell shape of the exterior remains intact.