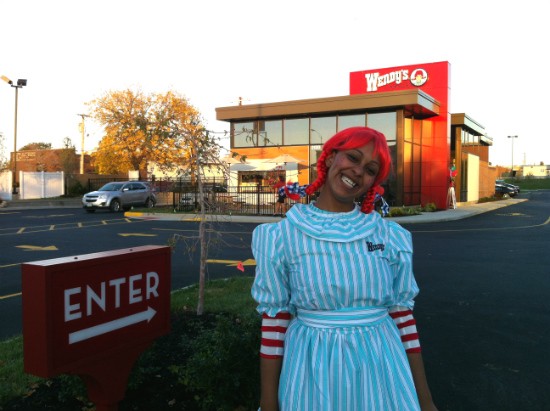 And let's just say Wendy's has had some work done.

Gone are the neutral interiors and basic wooden furnishings that for years defined Wendy's restaurants. The company bills its new builds as "ultra modern," featuring "Midwestern contemporary architecture" inspired by Frank Lloyd Wright. Indeed, its splashy red exterior cuts a bold, if not unexpected, figure on Hampton Avenue near Highway 44. 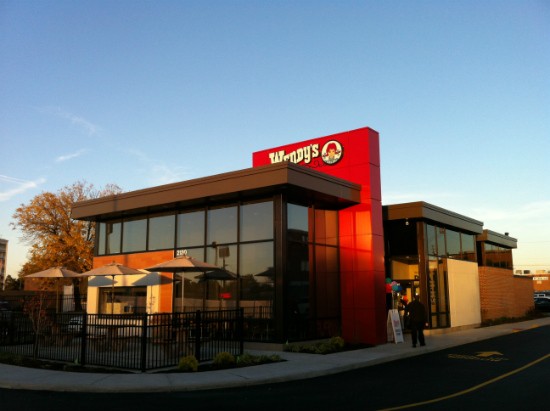 Inside, it's equally bright, with clean lines, leather seating, a recessed fireplace, sleek lighting, digital "menuboards," flat-screen TVs, "Wendy's Wi-Fi" corner with bar seating and large windows that flood the interior with natural light. The traditional fast-food counter model has also been restructured to more resemble a fast-casual model: Guests place orders with one employee, then proceed in line to pick up their food from a separate counter.

Aesthetics are only a part of Wendy's redesign, though. Its menu also reflects a desire to expand the company's market -- and perhaps ascend from fast-food to fast-casual. 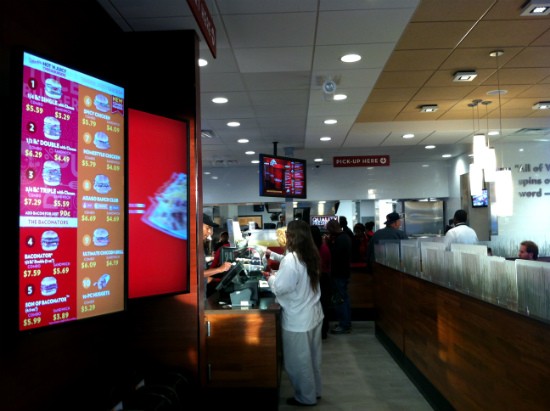 The next closest "ultra modern" Wendy's is in Warrenton, Missouri, though the chain plans to open similar locations at 6925 South Lindbergh and 14799 Manchester Road. The Hampton Avenue location is open for business daily from 10 a.m. to 10 p.m., with the drive-thru open till 1 a.m.

Wendy's new logo design, also released this month, isn't featured in the Hampton Avenue store or on its signage. 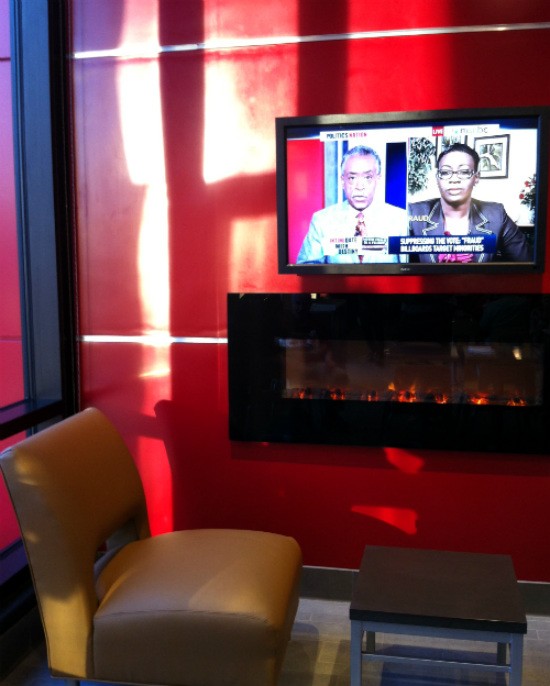 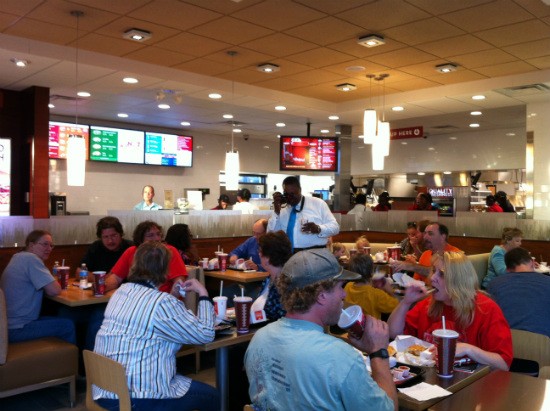 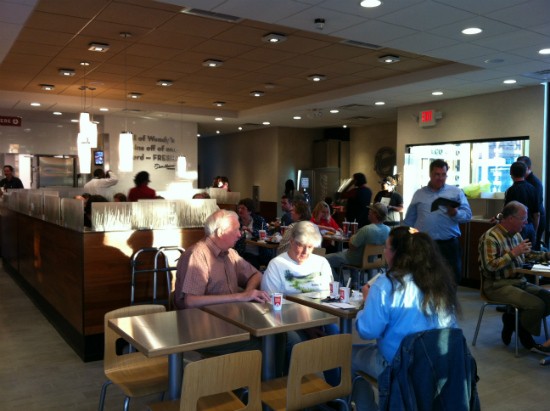