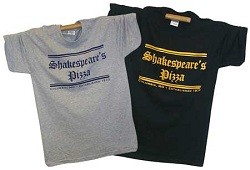 The good news? Mizzou's beloved Shakespeare's Pizza (multiple locations) is doing so well that it just expanded to its third location. The bad news? You still have to drive all the way to Columbia to dine at one of its restaurants.

The third pizzeria, located on Peachtree Drive in south Columbia, opened in late August. The original Shakespeare's, adjacent to the University of Missouri campus on Ninth Street, has been a Mizzou mainstay since 1973 and recognized as one the best college-town eateries in America. A second Shakespeare's location opened nine years ago in west Columbia.

"We might draw a little bit of traffic away from the other two stores, but I think there's enough traffic out there to support all three," he said.

And while Shakespeare's has no additional expansion plans at the moment, Mirtsching said he's "not ruling out" another restaurant or two in the future.

Cross your fingers, St. Louis. In the meantime, know that you can get frozen pizzas from Shakespeare's at all St. Louis Straub's and a few other select locations.