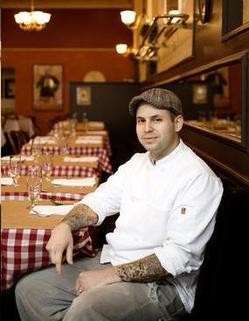 Pastaria (7734 Forsyth Boulevard, Clayton; 314-862-6603) opened its doors last week, which means there remains -- for now, at least -- one final Big Move for Gerard Craft and his Niche Restaurant Group: the relocation of his flagship restaurant, Niche (1831 Sidney Street; 314-773-7755) from Benton Park in the city to downtown Clayton.

As has become his wont, Craft took to Twitter yesterday to announce the dates of the move. Niche will close its original location on Thursday, October 18.

The new Niche, located next-door to Pastaria, will open on Thursday, November 1. In the meantime, Craft promises "some fun dinners" at the original Niche. More on those as we learn it.