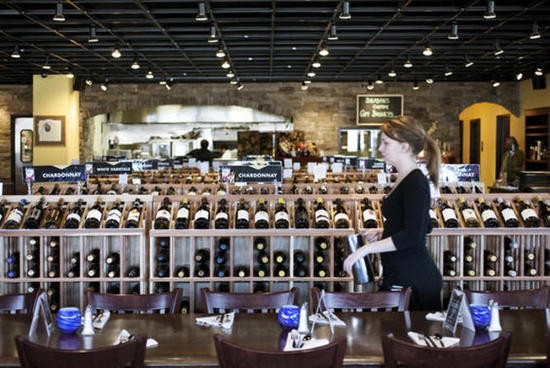 - Balaban's Wine Cellar & Tapas Bar (1772 Clarkson Road, Chesterfield; 636-449-6700) has announced a 2,046-square-foot expansion. The new space will include a private-event space and a wine room. Business at the existing restaurant-slash-wine shop-slash-deli will go on as usual during work on the expansion, which the restaurant expects to take six to seven weeks.

- Evan Benn of the Post-Dispatch reports on a new restaurant in the Metro East: Craft Chophouse at 210 South Buchanan Street in Edwardsville, Illinois. The restaurant's website is a work in progress, but seems to suggest an upscale, contemporary steakhouse.

As Benn points out, the restaurant's name presents two complications -- one local, one national. First, the restaurant has no connection to Gerard Craft of the Niche restaurant group. Second, Craft is the signature restaurant of celebrity chef and Top Chef host Tom Colicchio. Earlier this year, Colicchio forced a Wisconsin bar to change its name from Craft Table & Tap to Craftsman Table & Tap.

We'll keep an eye on this story, to be sure.