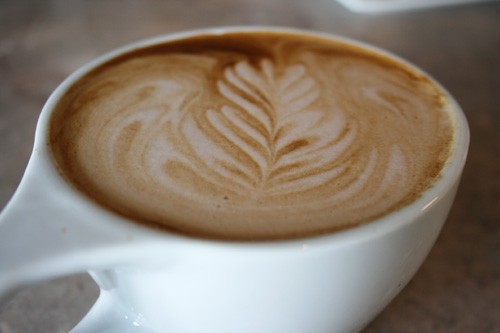 There's coffee, and then there's coffee. The former is typically cheap and exists to get us through the day, while the latter is responsible for swoons and weakened knees at the simple utterance of "Blue Bottle" or "Intelligentsia." The small, passionate and tightly knit group of self-proclaimed coffee nerds behind newly opened Comet Coffee (5708 Oakland Avenue; 734-222-0579) live and breathe for the seductive beverage in its finest forms.

Co-owner Mark Attwood is visibly thrilled to see his dream cafe taking shape. He makes cup after cup, pausing now and again to point out the richness of color in an espresso shot's crema or the bubbles that form at the top of a Fretta V60 filter while iced coffee brews. Behind him, the small staff buzzes with nervous energy and, presumably, caffeine. Pastry chef Stephanie Fischer proudly leads a procession of baked goods, sampling a blueberry muffin that's crisp on top and packed with fresh berries, a cheese scone that takes after a homemade biscuit, flaking off in soft, fluffy layers and a rich gooey-butter cookie sprinkled with confectioner's sugar. 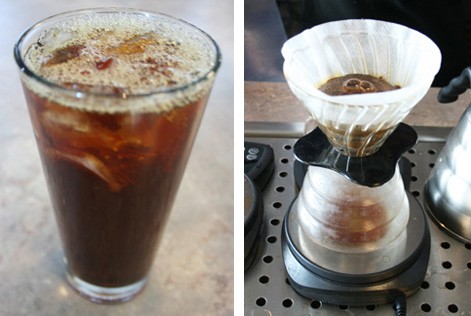 After a sip of Comet's flash-brewed iced coffee, a taste of its espresso and a slurp of a mocha latte, it's easy to see why the staff's so excited about this new venture. Yes, the elevating effects of the cafe's flagship beverage likely play a part, but the quality of product and the passion for perfection found at Comet Coffee warrant causing a stir.

It begins with the beans: Attwood and shop manager Zach Althaus ship beans in from celebrated roasters including Chicago's Intelligentsia and shop around for quality local brands such as Kaldi's. Each cup of coffee, each shot of espresso begins with precisely weighed, freshly ground beans meeting the ideal measure of water to complement the particular roast. The coffee is brewed one cup at a time, the shots are timed meticulously, resulting in something that one must taste to truly appreciate. And when one does, the reaction is visceral and, more often than not, audible.

Why, you might ask, put this much effort in when Mr. Coffee can brew an entire pot in the same amount of time? "There's a lot of science involved," shop manager Hannah Atkinson explains. "Making a good cup of coffee takes time." And the team at Comet Coffee takes the time, not only in brewing its coffee slowly and consciously, but in studying the art behind the beverage. 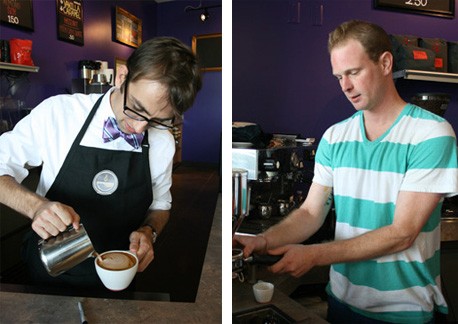 "Your first coffee wave was when coffee became regularly available to consumers: Folgers. Right after people started realizing, 'Oh I can do this at home,'" explains Jules Brown, barista and in-house photographer. "You have Starbucks as the second wave, which introduced people to what a cappuccino and what a latte is. It really opened people's eyes up to what specialty coffee is, but unfortunately, they didn't move it on. Then you get third wave, with places like Kaldi's, and what we want to do. We're a third wave shop."

She continues, "The third wave movement of coffee is very much about going back to coffee. It's actually moving away from flavored espresso drinks. As far as coffee goes, a lot of it's moving to single origins and going to really good blends from really great roasters. Really specializing what that cup of coffee's going to taste like."

And that's what the people behind Comet Coffee hope to contribute to St. Louis' coffee scene. "As far as a progressive mentality and open-minded people...the food is there, it's just that coffee hasn't quite caught on," explains Althaus. "You have your Local Harvest. Stuff's happening here - but not like this. We're different from everyone else."

For more food news and reviews, subscribe to Tip of the Tongue, Gut Check's weekly newsletter. Keep up with Comet Coffee on Facebook for details on its upcoming Grand Opening celebration and more.