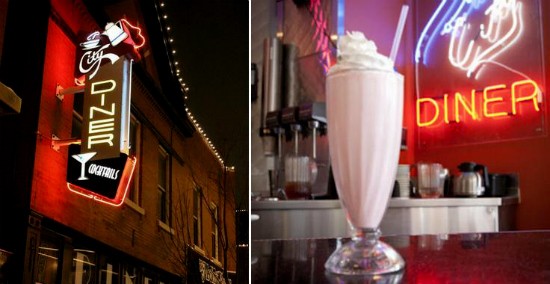 "City Diner has been a part of my life since I moved to St. Louis," says Olegna. "It inspires me and the small business community, it gives you a lot of hope. If you do it well enough and if you have support you can succeed." 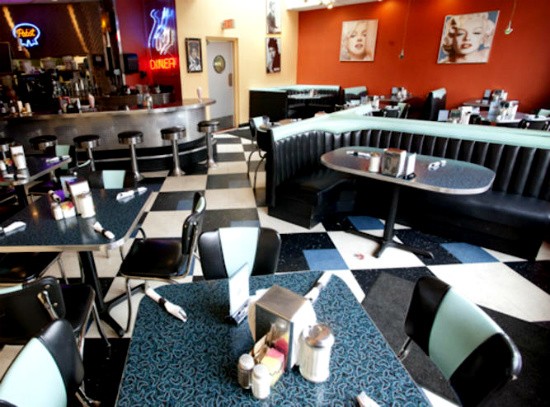 When Spoto opened City Diner in 1992 it was not only in an entirely different community landscape but also situated in a different building - the one next door to its current location, to be exact. Now home to Edward Jones, the building at 3141 South Grand Boulevard that sits beside the current City Diner had greasy spoon history before Spoto purchased it. Once upon a time it was Pearl and Ray's, a diner that served the South Grand neighborhood for many years before closing shop in the late '80s. A regular at nearby Grand Boulevard restaurant Mangia Italiano, Spoto noticed the closure and saw an opportunity to introduce a new kind of dining concept to Grand Boulevard strip.

"I kept passing by this diner; it was empty, but the place was frozen in time," says Spoto. "Salt-and-pepper shakers were still on the table and everything, but it hadn't been open for three years." He purchased the building and opened City Diner in 1992. Then, in 2003, after neighboring Dickmann's Boulevard Bakery closed, Spoto bought the space and expanded City Diner. "We did a gut-rehab," says Spoto. "Edward Jones next door is where City Diner used to be. They took the front half and we took all of the bakery. We went from 85 seats to 240 seats (including the outdoor patio)."

The diner's two-decade history has seen its south city community change tremendously, and though City Diner has evolved as well, Spoto is proud to continue to offer the same high-quality product and all-inclusive environment that's defined the restaurant since the beginning. "I'm very proud of that, that there's some kind of legacy going on here," says Spoto. "We make everything from scratch -- we're making real gravy here, not powdered -- and I feel really happy that I've been able to stick to those kinds of things that made us."Olegna describes the City Diner experience as welcoming and diverse, crediting Spoto's forward-thinking and friendliness to engendering a retro restaurant that was ahead of its time. "All of St. Louis comes here," says Olegna. "Black, white, gay, straight, older, younger. It's so much fun to sit back and watch that. I don't know that there are a lot of places in St. Louis that see that."

And though the City Diner 20th Anniversary Retro Carnival is certainly, as Spoto and Olegna agree, an opportunity for the restaurant to thank its patrons for affording them twenty years of business, it's also a chance for patrons to extend that same kindness to Spoto and his crew. "It's integral to the community," says Olegna. "I can't imagine a South Grand or a St. Louis without City Diner. It's a chance to show my appreciation. I've always appreciated it being here for me."

During the retro carnival's run from 10 a.m. to 10 p.m., the section of Hartford Avenue between Grand Boulevard and the alley beside City Diner will be closed off. The morning and early afternoon will see vendors from Saint Louis Curio Shoppe, Firecracker Press, Apop Records, Binge 'n Purge, MoModern, Loopie's Market, Cheap Trx Tattoos, and more selling goods, as well as plenty of activities and games, and live music courtesy of KDHX's Al Swacker of the Greaser's Lunchbox. Brea McAnally of the Luminary Center for the Arts and Brea Photography will host a photo booth complete with retro backdrops and props. Around 7 p.m., Olegna says the dance party will get underway, and he encourages all attendees of this free event to dress in their best vintage or retro duds. In June, Spoto celebrated the two-year anniversary of City Diner's sister restaurant, City Diner at the Fox (541 North Grand Boulevard; 314-533-7500), and says he's excited to make a lasting impression in that community, too. For Spoto, the retro carnival has sparked new drive and passion for the diner. He's looking forward to celebrating City Diner's history, legacy and future.

"I guess I've been soul searching since planning the anniversary, and I fulfilled, or I'm trying to fulfill, this dream of the '60s of everybody kind of getting along and living on the hillside," he says. "It's kind of a mixed group of clientele, a very diverse group, and they all seem to get along and relax here. That's one of the things I'm really proud of. That it's a comfortable situation for anybody to walk in the door."