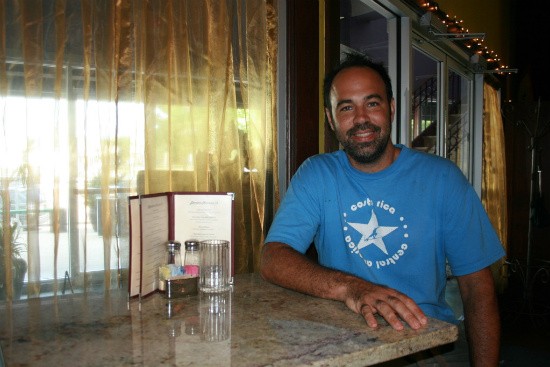 When Gut Check profiled chef and restaurateur Mike Johnson last summer, he told us he'd just bought "the world's coolest smoker" -- the same smoker used at Pappy's Smokehouse (3106 Olive Street; 314-535-4340) -- and that he planned to study at the home of Georgia barbecue legend Myron Mixon. Last week, George Mahe of St. Louis Magazine reported what we should have guessed a year ago: Johnson and Carolyn Downs of Cyrano's (603 East Lockwood Avenue; Webster Groves; 314-963-3232) will open a barbecue restaurant called Sugarfire Smokehouse at 9200 Olive Boulevard in Olivette.

When we reached Johnson in New York City, where he's checking out some of that city's barbecue joints, Johnson tells Gut Check that the concept will be a bit different from other 'cue restaurants in town, with the smoked meats placed in a display case for diners to see.

"There will be me or somebody," behind the counter, Johnson explains. "[Diners can say,] 'I'll have a quarter pound of this, two ribs.'"

Johnson plans to source as much local product, including grass-fed meat, as he can at Sugarfire Smokehouse, which he hopes to open in two months.