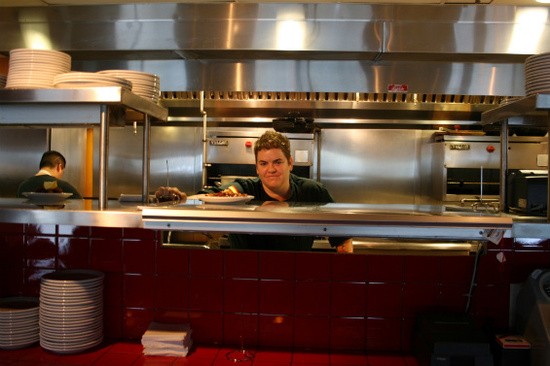 Dinsmoor is likely best known to St. Louis diners for her time as executive chef at Modesto (5257 Shaw Avenue; 314-772-8272). She and Nico owner Tom Schmidt have known each other since they worked together at the late Delmar Loop restaurant Mirasol; since leaving Modesto in February, she has helped out at Nico as well as Schmidt's Soulard restaurant Franco (1535 South Eighth Street; 314-436-2500).

Schmidt tells Gut Check, "Having someone not only who I respect, but also have a blast working side by side [with] -- it's awesome."

"Grace brings great things," Schmidt says. "Her love of Spanish food, and Mediterranean cusines. She's really passionate about it. It's just great to have someone so knowledgeable."

He adds, "On top of that, she's an amazing executive chef. Outside of the food, too, in terms of training, organization, things like that.

"I couldn't be happier."