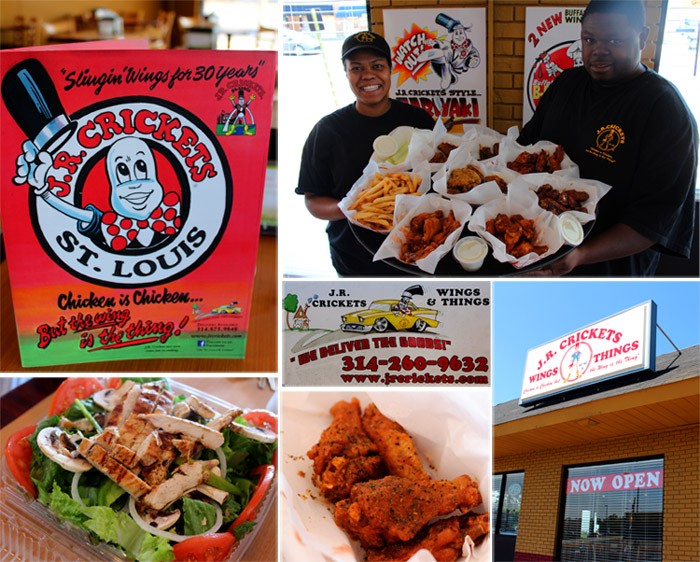 The motto for one of Atlanta's most popular wing stops boasts that, "Chicken is chicken, but the wing is the thing." J.R. Crickets (3737 South Grand; 314-875-9848) occupies ten separate locations in metro Atlanta, with two more in the works. On May 5, the 30-year-old chicken chain opened a location at 3737 South Grand Boulevard in St. Louis.

The business' Midwestern debut, which is the first of what could be several including potential locations downtown and on the north side, is the beginning of something beautiful for comfort food seekers. 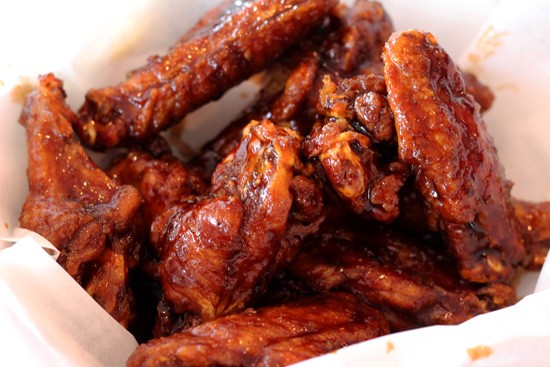 "J.R. Crickets was always my favorite spot to go to when visiting Atlanta. It's some of the best food in the world and I wanted to bring it here," says co-owner Dajuan Woods, who opened shop with his fiancée Angela West.

The massive menu starts with appetizers like toasted ravioli and chili-cheese fries, continues with a variety of sandwiches, burgers and grilled wraps including an option for vegetarians, and follows up accordingly with J.R.'s hottest items: Atlanta style ribs cooked in a buffalo barbecue sauce and, of course, a vast variety of "wings and things" including seafood items, salads and more.

West is excited to bring a different type of taste to St. Louis, and adds that, "The barbecue is charbroiled and the flavor really shines."

Specialty in-house sauce and seasoning options include lemony pepper, buffalo BBQ, buffalo teriyaki and uniquely named combinations of the above, all served with accompanying dips and guilt-free celery sticks.

Middle-of-the-night munchies take top honors, too -- chicken and waffles ($7.99) come fresh off the grill at any time of the day served with syrup.