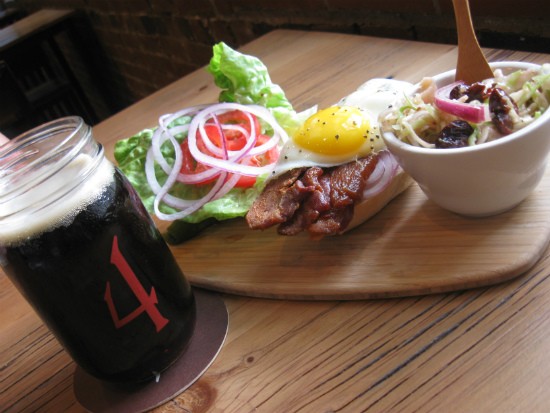 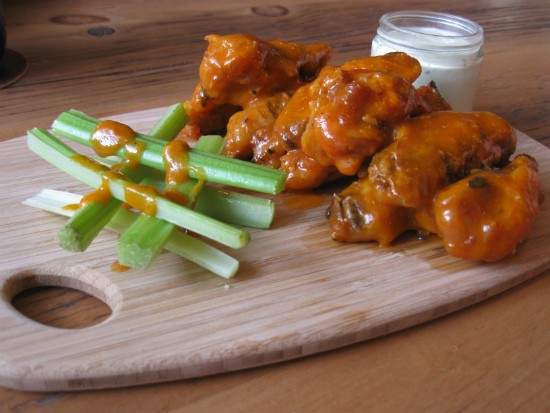 "I have got a lot of respect for Dave as a person and all of his establishments, so I approached him about a month ago," says Lemp.

4 Hands opened in late 2011, and Bailey became one of Lemp's leading customers. The partnership between the two men was a natural relationship of brews and food that grew with time.

"I think it is just another way that we can collaborate with another local business and business owner," explains Lemp. "We think that that's really cool. We are just now allowing our guests or are giving our guests that well-rounded experience of food and beer."

Bailey and his executive chef Peter Clark created a simple menu that they'll switch up to satisfy 4 Hands' customers. They use 4 Hands' four core beers in several dishes, like rarebit made with the Reprise Centennial Red, and plan on adding options to the menu to complement 4 Hands' seasonal selections. Appetizers include smoked peach-habanero chicken wings and a charcuterie board with summer sausage, chicken-liver mousse, grain mustard, Manchego cheese, poached cherries and flatbread. Sandwiches, like the spicy BLT with a fried egg, also grace the serving boards. Prices range from $3 to $12.

"It is our menu, and we will change it frequently, but it will always complement his space and his patrons," says Bailey.

Besides the presence of menus and the scent of wings and bacon, there haven't been any cosmetic changes to the 4 Hands tasting room. Bailey and his crew have the luxury of prepping the dishes at his nearby Baileys' Range hub and then using the brewery's amenities as a finishing kitchen.

Food is available at the Fifth Wheel Monday through Saturday from 5 to 10 p.m. The restaurant will also have a Saturday blue-plate brunch special offering one dish that marries breakfast and beer. Saturday brunch will run from 11 a.m. to 1 p.m., or until the food runs out.

"We are just hoping to give people another enjoyable experience in the city," says Bailey. "You know, I love this city, and I love the restaurants in this city, and I just want to continue to be a part of that."