Dierbergs: "Check Out the Size of Our Cherries." Gut Check: "We've Seen Bigger."

The space below the fold in this week's Dierbergs ad is dominated by a side-by-side comparison of its Bing cherry when compared to the Bing cherry of "most stores."

"As a cherry grows its seed stays the same size, so you get MORE FRUIT on a larger cherry," the copy screams.

"That seems obvious enough," we thought. And then: "What a weird thing to be proud of."

So we ventured out to Dierbergs and Schnucks to see how the two sized up. Because let's face it: When Dierbergs says "most stores," you know that's code for "Schnucks." The rivalry between these two stores is as heated as Garfield versus Mondays.

Imagine, then, our disappointment when Dierbergs was sold out of its apparently golf-ball-size cherries! This, under a sign proudly trumpeting "Bing Cherries OR Rainier!" for $3.99 a pound. Seems like a bait-and-switch to us. (That takes some big cherries, pulling a stunt like that.) Undeterred, we opted for the Rainiers, figuring that, because they're are a cross between Bing and Van cherries, it'd be close enough. 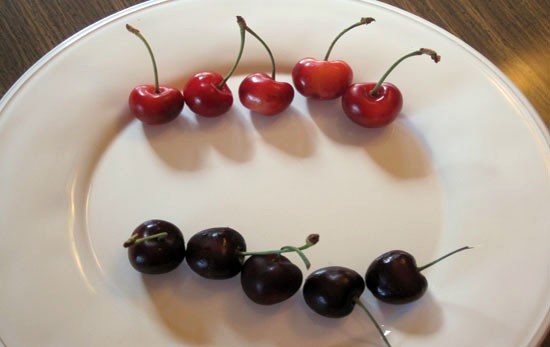 In our own side-by-side lineup, the five randomly selected cherries were comparable in size. If forced to choose, the Dierbergs cherries were larger on average, but just barely. Not even close to the size the ad portrayed.

Should Schnucks feel insecure about the size of its, erm, cherries, here are a couple of things to cheer them up: First, the knowledge that size isn't everything, and second, Dierbergs cherries are smaller than... 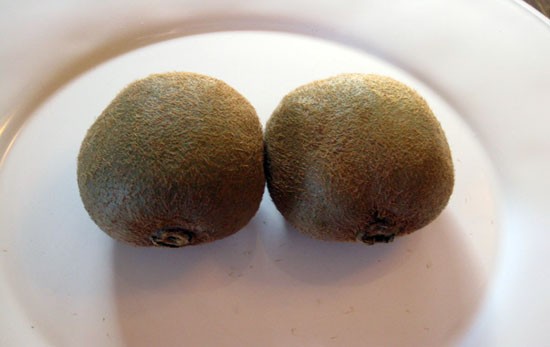 A pair of grape tomatoes

Cheribundi Tart Cherry Juice (made with 50 cherries per eight-ounce bottle!) 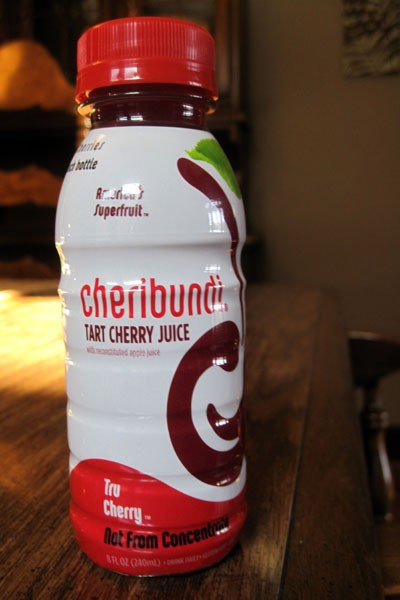