Chris Sommers' Sqwid Wraps Its Arms Around Businesses and Patrons 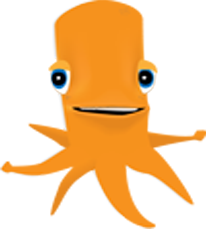 Everyone with a fork and an Internet connection fancies himself a restaurant critic these days, Yelping about an overcooked steak or Twittering on about a beautifully plated dessert. Which is fine, except that the conversation tends to be one-sided and leaves little opportunity for restaurant owners to respond directly to their customers -- and almost certainly not in real time.

Ever the innovator, Chris Sommers of Pi Pizzeria fame came up with a solution in Sqwid, a platform that connects business owners and their patrons through social-networking sites such as Facebook, Foursquare, Twitter and Yelp. After months of fine-tuning the app at Pi's St. Louis- and D.C.-area locations, sqwid.com launched yesterday for broader public use.

"Too many times I would see a comment on Twitter that I wanted to respond to with hospitality, but to get that guest's attention -- and that of a Pi manager to engage that guest in a restaurant -- was very difficult," Sommers tells Gut Check via e-mail. "If I was successful in getting both parties together, it was often too late as the guest had already left the restaurant. Sqwid allows me to send a reward to a guest in real time, and all they need to do is show the reward to an employee on their smartphone to get a free pizza, a round of drinks or whatever was sent."

Once a business signs up for an account at sqwid.com, it can begin rewarding its patrons through "personal rewards," which are tailored to individual customers, perhaps as a response to a compliment or complaint, and "social rewards," which are targeted at groups of people when restaurateurs want to promote a specific product or deal. And unlike other group-deal sites, the business keeps all of the profits its deals generate from the app.

"Our own use of it the past few months has allowed us to tweak and improve the experience and functionality based upon how a real business would use it," Sommers says. "Our customers are loving it too. Best of all, it works. It's doing exactly what we set out to do."

And though it's barely been a full day since Sqwid's launch, Sommers says many businesses have already signed up. And though he declines to say who's on board so far, he reports that "a couple of very large customers [are] reviewing the platform, and hopefully I can release their names in the near future."