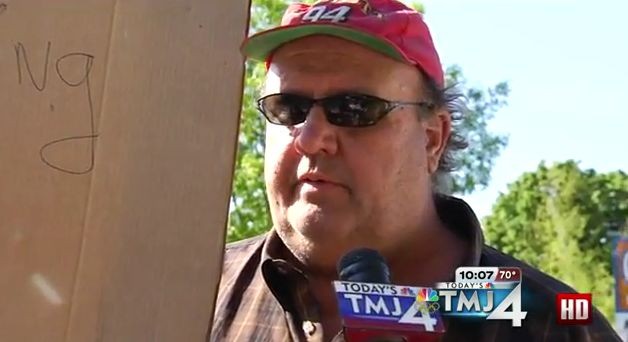 Then, after twelve pieces of fish, the restaurant cut him off. As you'll see from this local news report, even the offer of eight more pieces of fish to go wasn't enough to assuage Wisth's anger.

OK, first of all, kudos to reporter Annie Scholz, who manages to keep her Serious Local News Reporter face intact until the very end.

Second, while we applaud Wisth's instinct to protest rather than to file a lawsuit, the Simpsons fan in us believes that Lionel Hutz would have taken this man's case in a heartbeat -- and won.