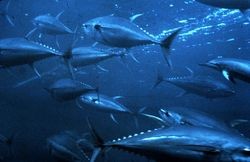 Gut Check told you last month about Moon Marine's voluntary recall of yellowfin tuna for possible salmonella contamination. Specifically, Moon recalled its "Nakaochi Scrape," which we learned (to our discomfort, if not outright horror) is tuna backmeat literally scraped off the bone and eventually ends up filling your spicy tuna rolls.

Now comes word from the FDA that Moon has expanded the recall to include its tuna strips.

We'd be lying if we said our first thought wasn't that tuna strips weren't some kind of chicken fingers-esque deep-fried abomination ready to be served up at T.G.I. Friday's.

However, as best Gut Check can tell, tuna strips refers to tuna that has been cut into -- wait for it -- strips before being frozen and shipped. Like so: 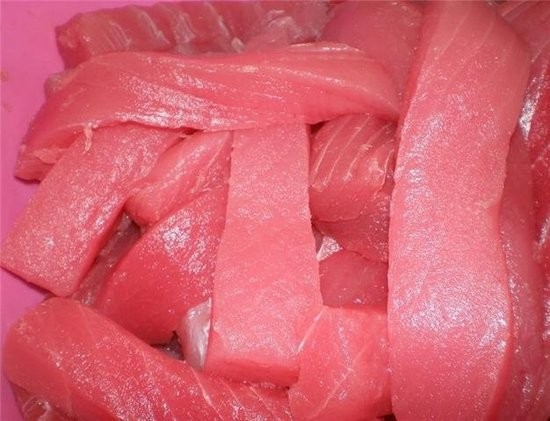