The Five Best Places for Cupcakes in St. Louis

Are trendy cupcakes now a cliché? Yes. Are cupcakes, trendy or not, delicious? Yes. Does the second fact trump the first? Absolutely.

Page through to see the four finalists and our pick for "Best Cupcakes" in St. Louis. 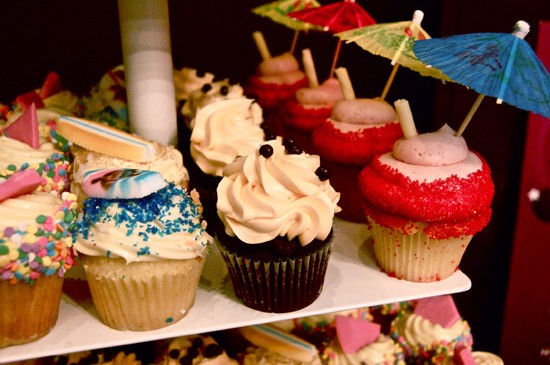 One of the first cupcake-centric spots in St. Louis, Jilly's Cupcake Bar has gained national attention thanks to its victorious appearance on the popular Food Network show Cupcake Wars. The cupcakes here aren't decorated so much as crafted, a cityscape of spangled buttercream towers like something out of a child's storybook. The "Chocolate Thunder," for example tops chocolate cake, itself stuffed with dark chocolate ganache, with milk chocolate buttercream, vanilla buttercream, chocolate shavings and chocolate bark. Look for the unusual seasonal specialties, like the "Chicken and Waffles," which, yes, does have a piece of chicken atop it. 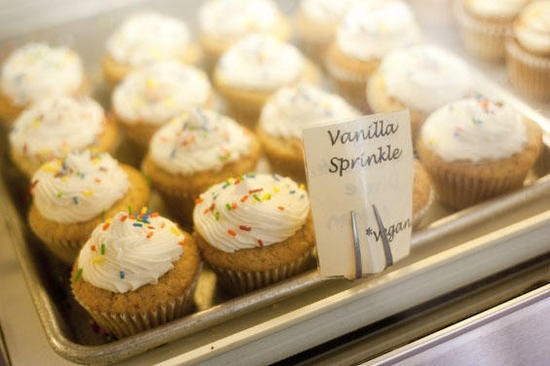 You can celebrate the cupcakes at this funky little south city cafe for being made without any transfats, artificial flavors or high-fructose corn syrup. Or you can just celebrate the fact that they are delicious little morsels of heaven. Whether you like the traditional "Harmony" (vanilla cake topped with chocolate frosting) or something as fruit-forward as the "Sassy Strawberry" (strawberry cake topped with strawberry buttercream), you're bound to find a new favorite cupcake here. And if you're seeking a vegan cupcake, look no farther: SweetArt offers two different vegan cupcakes daily.

There are no gimmicks at Whipt Cream, simply perfectly moist cakes topped with excellent, "fluffy" (to use the bakery's term) buttercream. Flavors range from the basic red velvet and "Black & White" (devil's food cake topped with vanilla butter cream) cupcakes to the coffee lover's dream, the "Caramel Mocha Latte" (caramel-filled chocolate cake with coffee-flavored buttercream) and the sea-salt and pecan-sprinkled "Turtle" cupcake. A cupcake still too big? With a week's notice you can order a dozen miniature cupcakes. To share, of course.

And the winner is...

Cupcakes from the Cup are exactly what cupcakes should be. They're pretty, clean, inexpensive and, most important, deliciously light and fluffy -- moist of cake and sugary of dissolve-on-your-tongue buttercream icing. Eating one modest-size cupcake will not leaving you feeling on the verge of a diabetic coma, but rather euphoric and satisfied. A wide variety of flavors appeal to a mouth full of sweet teeth, from the rich and chocolaty "Tuxedo" to the fruity "Strawberries 'n' Cream." With seasonal, limited and special featured flavors, the variety is always changing. The location in the Central West End is bright, tidy and comfortable, with friendly staff to help you choose the perfect cupcake. All in all, the Cup is an excellent choice for the guiltiest pleasures.