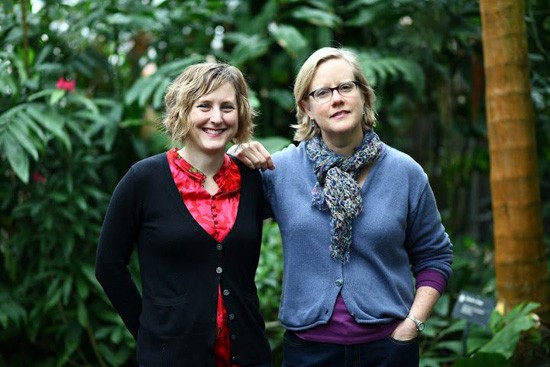 What's the best piece of advice for people who want to begin eating better on a local level? According to Liz Fathman, co-author of Missouri Harvest, A Guide to Growers and Producers in the Show-Me State, "Take it one step at a time."

For those who don't know where to begin, Fathman's book pinpoints exactly where to start, spelling out the farm-to-table movement as it applies to Missouri agriculture, listing goods and vendors by region and providing a guide to using it all.

"There are a lot of people who want to eat locally but feel it's harder than it needs to be. We're hoping to demystify the process and make it easier for people to make that leap from wanting to eat locally to actually pursuing and doing it," says Fathman, an anthropologist and publications manager at the Missouri Botanical Garden (4344 Shaw Boulevard; 314-577-9400).

Missouri Harvest provides a virtual agri-tour of the state of Missouri, broadly targeting people with an interest in their food sources who want to buy local products for various reasons, whether it be health, culinary, social, political or economical.

"People tend to overbuy at farmers' markets because everything looks so good, and you get home with a crazy assortment of stuff without a plan for it," says Fathman. "I wanted to give people ideas for meal-planning by introducing recipes from farmers that cover the gamut from grass-fed beef and pork chops to bread pudding, pancakes and all kinds of stuff."

Research for the book yielded many surprising and interesting facts: For instance, Missouri has the second largest number of farms in the United States, with around 108,000 small farms, 200 of which are covered in the book. Missouri is also known as the black walnut capital of the country.

While Missouri Harvest contains a plethora of notable growers and producers, Fathman notes Todd Geisert, a pasture-raised pig and vegetable farmer in Washington as one of her favorites. At Todd Geisert Farms (4851 Old Highway 100, Washington; 314-791-6942), the farm stand operates on the honor system, with outside bins for produce, a freezer case for meat and eggs, and a locked cash box in lieu of an attendant for payment. Fathman also notes Claverach Farm & Vineyard (570 Lewis Road, Eureka; 636-938-7353) microgreens and Baetje Farms (8962 Jackson School Road, Bloomsdale; 573-483-9021) goat cheese amongst her top picks.