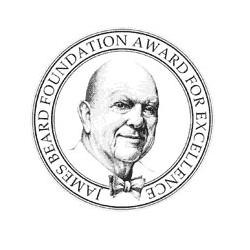 For the third time in the past four years, Gerard Craft of Niche (1831 Sidney Street; 314-773-7755) was a finalist for the James Beard Foundation's "Best Chef: Midwest" award. For the third time, Craft didn't win.

Supporters of Missouri chefs hoping to take solace in a win by Colby Garrelts of Bluestem in Kansas City were also disappointed.

This year's award, announced minutes ago at a New York City gala, went to Tory Miller of L'Etoile in Madison, Wisconsin.

Dan Barber of Blue Hill prefaced the award announcement with a somewhat backhanded comment that for a long time the midwest was known for abundance, not flavor.

A few minutes earlier, famed chef Charlie Trotter told the New York City audience that Chicago was the country's best restaurant town -- by far the highlight of the ceremony.