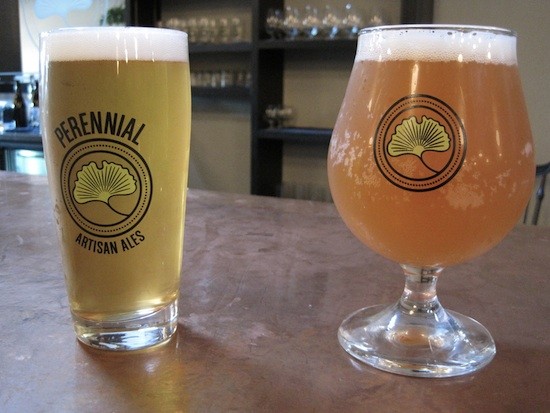 - When Eater asked me this week to discuss what was hot right now in St. Louis, I had the answer immediately: our booming craft-beer scene.

So it's not a surprise that St. Louis is one of the finalist cities in this poll to determine "BeerCity USA 2012", which is being overseen by homebrewing guru Charlie Papazian. Voting is open through Sunday, May 13.

Page through for more tidbits.

- A poster on the NextSTL forum brings word that a new coffeeshop and bakery will open in the burgeoning Midtown Alley district. The poster, a regular source for Midtown news, says the project will be announced next week and should open within six months.

Update: (Thursday, May 3, 8:40 a.m.) The post appears to have been deleted from the forum. A premature announcement, perhaps? We'll keep an eye on it.

Update #2: (Friday, May 4, 11:50 a.m.) The original post was deleted accidentally, it seems. Here's a new link to the Midtown bakery/coffeeshop news.

- Sauce reports that SweetArt (2203 South 39th Street; 314-771-4278) will not be leaving its digs in the Shaw neighborhood for a Fox Park location, as previously reported.