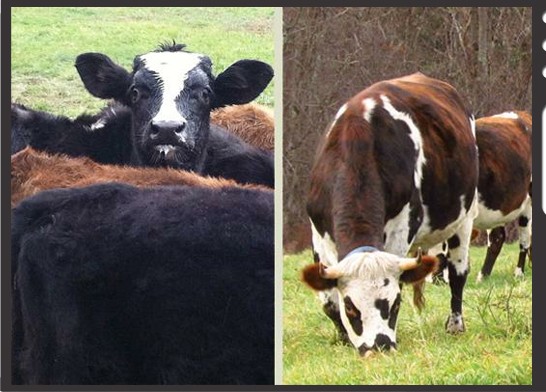 In fact, we just now got done enjoying us some New Yorker with our third cup of coffee. We read David Denby's review of Bernie, a film that's opening this week nationwide, which is to say, "not in St. Louis."

This week's New Yorker also contains what we're sure is a fascinating story by Dana Goodyear, about raw milk. We haven't read the story, because we have, ahem, mildew issues, and our shower has a glass door, not a curtain. Suffice to say grout is involved. But we did happen upon a (much shorter) post Goodyear published on the New Yorker's culture blog, titled, "Is Raw Milk Worth It? The Case of the Single-Udder Butter."

And having read it, we offer the inaugural edition of a poll we like to call "Is It Just Gut Check, Or...?":

Is it just Gut Check, or is Dana Goodyear smirking at single-udder butter connoisseur Dan Barber?

Up next, a little background and this week's poll... 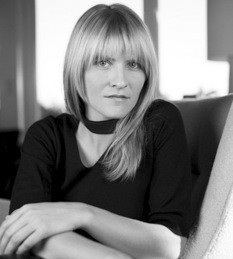 Barber, you see, owns a restaurant in Manhattan called Blue Hill. Gut Check ate there one time, long ago. We sat at the bar because we couldn't get a table, and we ate a roast chicken that was tasty but very expensive. It was expensive because Mr. Barber was a locavore before anyone ever uddered the term. (Oh, come on. You didn't think we were going to publish a post about something so mellifluous as single-udder butter and not throw in at least one gratuitous pun.)

In fact, as Goodyear points out, Mr. Barber owns a 200-acre farm in the Berkshires.

At Blue Hill Farm -- which, incidentally, looks very pretty and which was handed down to Mr. Barber and his brother by their grandmother -- Mr. Barber has cows. And some of the milk from those cows, Mr. Barber churns into butter. And not just any butter. We're talking single-udder butter, each batch made from the milk of one individual cow.

At Stone Barns [a second restaurant Mr. Barber owns, north of NYC], Barber serves "single-udder butter": butter made from the pasteurized milk of a specific cow. (For example: Clover is an alpha-type who goes hard after the best grass; her butter is typically a darker yellow than that of Sunshine, an erratic, moody cow.)

We're guessing he doesn't physically churn it himself; in fact, we seriously doubt he actually owns a churn.

And here is where the smirk comes in.

Note that Goodyear refers to Mr. Barber as "Barber"; Gut Check adds the "Mister" not out of our passion for formality but because it seems crass to refer to a gentleman farmer by his unadorned last name.

Of course, Goodyear doesn't come right out and call Mr. Barber a gentleman farmer; a skilled smirker writer, she permits him to imply that himself, in a quote in which he makes reference to "my farmer."

She doesn't say he's full of shit, either. She permits him to imply that himself, as well, in the blog post's central anecdote, about an encounter Mr. Barber had with the way-famous French chef Alain Ducasse:

In September, Barber said, Alain Ducasse -- who grew up on a farm -- visited Stone Barns; Barber served him some toast and a sampler of single-udder butter and eagerly waited for his reaction. "He wasn't overly complimentary," Barber said. "I was like, Oh, man. It's one of the best things we do!" He recalled that Ducasse asked him two questions: Has it been raining? Where are the cows pasturing?

As it happened, the Berkshires were being drenched by Irene, though Ducasse didn't know it. He just tasted a washed-out flavor in the milk. In answer to the second question, Barber said that he'd recently been at the farm, and knew that the cows were right next to the barn, in the field with the richest, best-fertilized grass. Ducasse politely disagreed, telling Barber he believed the cows were on weak grass. "A week later, I talked to my farmer and he told me that after my visit he had moved the herd to the back pasture -- the weediest, least mineralized spot," Barber said. "It shows you that what we've lost in a couple of generations is the ability to taste those values that are truly delicious and healthful for us and for the property."

"'It shows you that what we've lost in a couple of generations is the ability to taste those values that are truly delicious and healthful for us and for the property.'"

What has Gut Check learned on this sunny Tuesday morning? That some dude's serving butter made from the milk of a single cow. That Alain Ducasse is the possessor of one dandy palate. And that Dan Barber, well...