The Ten Best Places to Grab Tacos in St. Louis 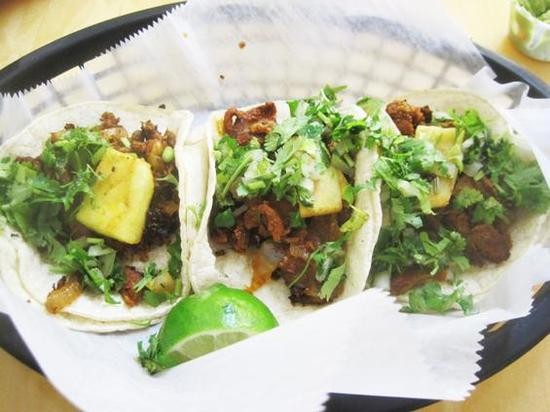 In this week's RFT cover story "One Nation, Under Tacos," writer Gustavo Arellano shares the evolution of Mexican food in the U.S., chartering its history from the American Southwest and the California coast to the Midwest and everywhere in between. With temperatures cresting 80 degrees in St. Louis and access to abundant, affordable and damn appetizing Mexican food all over the city, there's no reason not to enjoy tacos al pastor al fresco pretty much every night of the spring and summer. Though we enjoy the gourmet grub at high-end eateries like Milagro Modern Mexican (20 Allen Avenue; 314-962-4300), sometimes Gut Check just wants to grab a taco on the go from a take-away taqueria or food truck. Here's our list of the ten best places to grab a quick and tasty taco in St. Louis.

La Tejana Taqueria (3149 North Lindbergh Boulevard; 314-291-8500): This year's best taqueria is also a liquor store and a place to pick up a new pair of cowboy boots. What more could you want? How about authentic carnitas (usually available on the weekends), incredible tacos de cabeza and a taco with both carne asada and chorizo? La Tejana is 2011's Best Taqueria.

La Vallesana (2801 Cherokee Street; 314-776-4223): At last we come to Cherokee Street. For much of the past year, La Vallesana operated out of its nearby ice cream parlor while the owners rebuilt the taqueria from the ground up. The new La Vallesana might have lost the original's ramshackle charm, but the food remains terrific. Few St. Louis dishes are as close to my heart as the tacos al pastor here: seasoned pork, pineapple, cilantro and onion, these are the taqueria gateway drug.

Tacomovil (@TacoTruckSTL; 314-518-3352): It's in the name: Tacomovil delivers tasty tacos from its roving food truck window. Though burritos, tortas and quesadillas are also on the menu, if you're in need of a taco fix, the choices at Tacomovil will satisfy. Choose from chicken, steak or pork tacos served with cilantro and onions, wrapped in a soft tortilla shell and served with a side of hot sauce. Tacomovil might not have as much flash or frill as other food trucks, but it's big in what matters: quality food, fast and on-the-go.

Taqueria Durango (10238 Page Avenue; 314-429-1113): Another Overland gem, Taqueria Durango is one of the very few places in St. Louis where you can score a torta ahogada. Literally a "drowned" torta, this sandwich of carnitas and onions is covered with a smoky chile sauce. Yes, you need a knife and fork to eat it. Want something a little easier to handle? The tacos are terrific, especially the tacos al pastor -- though some of the adventurous might sample buche (esophagus). 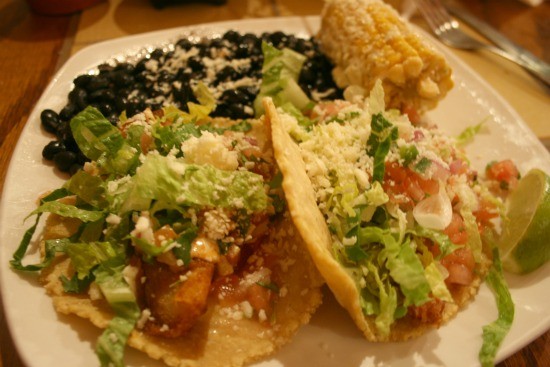 Taqueria la Pasadita (2336 Woodson Road; 314-428-3832): Maybe the best in-joke in the St. Louis restaurant scene: This top-notch taqueria is located in a former Taco Bell in Overland. Ever since I first dined here three years ago, I've thought about the tacos filled with chicharrón -- crunchy-crisp exterior, tender interior -- yet when I return I always order the pork tamales, the best in town, a beautiful balance of pork, the sweetness of masa and the heat of chiles

Taqueria la Monarca: (8531 Olive Boulevard; 314-814-5864): A butterfly is an apt metaphor for this University City joint. The space -- one side a restaurant, the other a grocery -- is humble, but you emerged transformed. Or, your hunger is transformed into, um, the opposite of hunger. (We're better at eating tacos than extending a metaphor.) The tacos are excellent, heaped with so much meat that you might need a third corn tortilla to hold it all together, but don't overlook the sopes, fried masa disks topped with refried beans, meat, cheese and crema.