Tidbits from I Fratellini, Trattoria Marcella 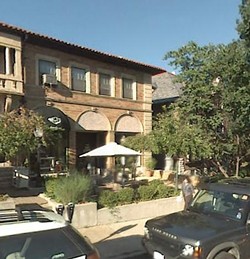 News over the past week of the names for two previously announced bew ventures from well-known local restaurateurs:

- Zoë Robinson tells St. Louis Magazine that her new French-influenced wine bar and restaurant in Clayton, which will open across the street from her Italian establishment, I Fratellini (7624 Wydown Boulevard, Clayton; 314-727-7901), will be called Bar Les Frères.