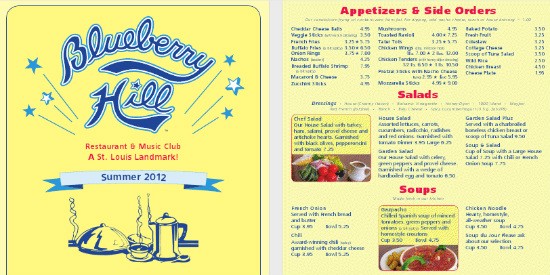 In addition to the menus punchier look, the St. Louis landmark, which turns 40 this year, has also added a few new food items, including a Wagyu burger, Wagyu sliders, chicken sliders and a turkey burger. Though summer is still a few months away, the restaurant has also made its seasonal summer menu available, featuring items such as gazpacho, Greek pasta salad and the "Speedwalker," a cup of gazpacho with a turkey sandwich served on whole-wheat, sourdough or rye bread.