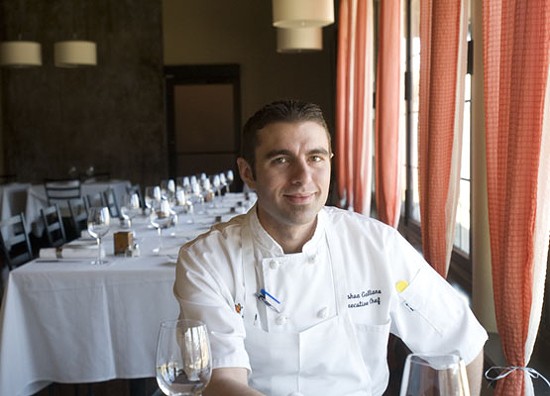 Shortly after the announcement, Galliano tweeted his thanks and promised more info after he finished his lunch.

For the second consecutive year, Food & Wine named 100 finalists across ten regions for its "People's Best New Chef" honor. Cassy Vires of Home Wine Kitchen (7322 Manchester, Maplewood; 314-802-7676) was the only other St. Louis finalist in the Midwest region.

This year's overall winner, who received the most votes of any finalist in the ten regions, is Tim Byres of Smoke in Dallas.