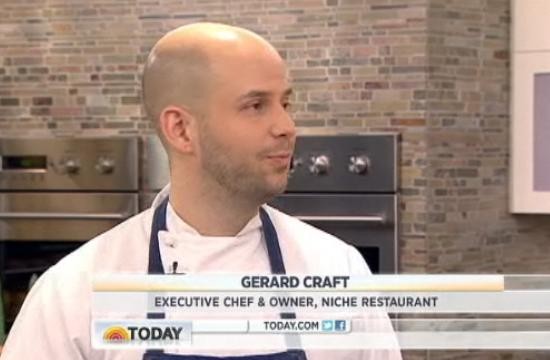 Gerard Craft of Niche (1830 Sidney Street; 314-773-7755) didn't have much time during his appearance on NBC's Today this morning, but in his three-plus minutes he managed to get a big ol' beef brisket browning, lay out the basics of a casserole made from the leftovers of that brisket, plug Bethlehem Valley beef and wine, give a shout-out to the Midwest's abundance of pork and attempt to scandalize the host by advocating the use of pork broth made from pigs' feet because of its "really nice gelatin."

Video of Craft's appearance is after the jump. Remember: Wes Johnson of Salt (4356 Lindell Boulevard; 314-932-5787) will appear on Today on Wednesday morning.