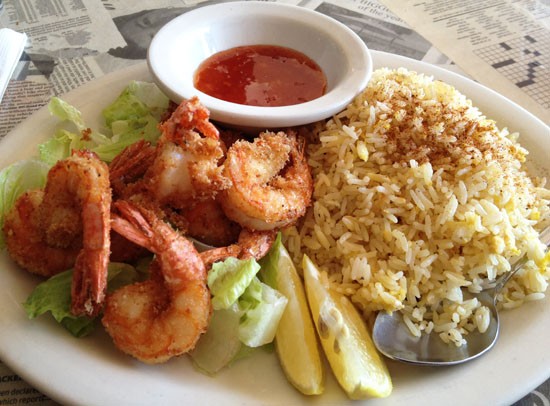 This week, I visit Hooked Seafood Bar (8613 Olive Boulevard, University City; 314997-8886), a restaurant that reminds us that "seafood shack" isn't a pejorative term. A sneak preview of my review is after the jump.

In the realm of noteworthy seafood restaurants, there is no middle ground. At one end you have your roadside shack in Maine selling lobster rolls and blueberry lemonade, your neighborhood tavern in Baltimore with steamed crabs spread across yesterday's Sun. Now, these places aren't necessarily cheap -- that lobster roll will cost you fifteen clams, and the last time I was in Charm City, it was either buy a bushel of female blue crabs or pay my mortgage - but they are utterly without pretension.

On the other end are chefs who source seafood impeccably, prepare it with care and a touch of creativity and plate it so beautifully that you'd never believe your piece of tuna sashimi, sea bass, escolar or whatever once had a head and gills and maybe scavenged its food at the very bottom of the sea. You might not have to spend hundreds to enjoy this level of seafood -- though at temples like Le Bernardin or Masa, rest assured, you can -- but you will part with some serious coin.

In between there's an ocean of farmed salmon fillets perched atop cedar planks, bobbing up and down as far as the eye can see.

Check back here tomorrow morning to see what I think.