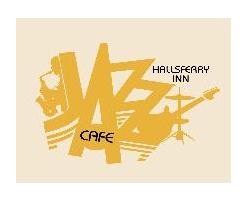 A fire struck Halls Ferry Inn Jazz Cafe (3425 North Highway 67, Florissant; 314-972-8410) early Sunday morning. According to a report in the Post-Dispatch, the restaurant is "destroyed," and the cause of the fire is still being determined. The restaurant and club opened last year, succeeding the previous restaurant at that address, which was known as Halls Ferry Inn.

Gut Check has been unable to reach owner Stiles as of yet. More as we learn it.

Update: (Tuesday, February 20, 12:50 p.m.) Per the Post-Dispatch, owner Lozell Stiles has been arrested and charged with arson.

According to CaseNet, a consent judgment was entered in St. Louis County Court on September 8, 2011, in favor of First Bank against Lozell Stiles Jr. and Sonja Stiles, whose listed address matches that of the Orchard Wine & Cheese, LLC mentioned above, in the amount of $84,585.31 plus interest.

On January 19 of this year, St. Louis County Judge Dale Hood entered a judgment for the Collector of Revenue against Lozell Stiles for $9,005.30.